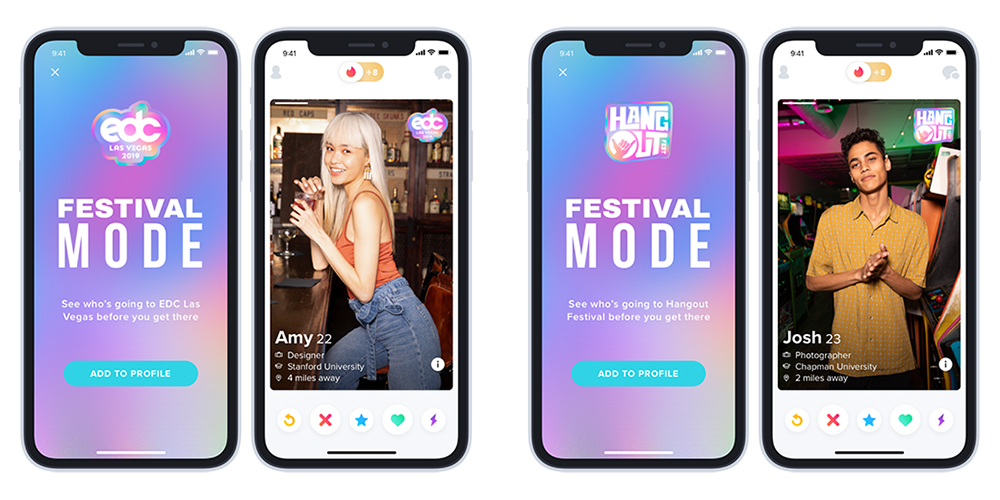 The feature we all knew would come eventually is finally here. Tinder has finally released an update that allows people to find potential hookups at festivals. It comes in kind of good timing with the herpes “outbreak” at Coachella. Maybe now, you can find safer partners.

Tinder is partnering with AEG Worldwide and Live Nation to release Festival Mode. The new feature will be at participating festivals such as Governors Ball, Bonnaroo, Firefly, EDC Las Vegas and Orlando, Hard Summer, British Summer Time, and Lovebox. So if you are going to one of those, you may have a better chance of getting lucky.

Twitter has had some fun with the release of Festival Mode.

tinder out here trying to make sure we get laid dehydrated and showerless on a dirty cot in a humid, sweaty tent with no soundproofing and just the most uncomfortable setting for lovemaking of all time are they trying to turn music festivals into uti central https://t.co/0QxGED8ckH

The new mode allows users to swipe with others attending the festival before it even starts. Probably best to meet up beforehand given service at festivals is usually poor. According to Tinder, in 2018 the app so app activity increase 300 times at Bonnaroo.

Tinder’s press release had some wise words about the new feature:

“No longer are your connections limited to your campsite neighbors or whose shoulders you stood on during the headliner’s performance…So put down your fringe boots and neon fanny pack because, thanks to Tinder, your festival game is now stronger than ever.”