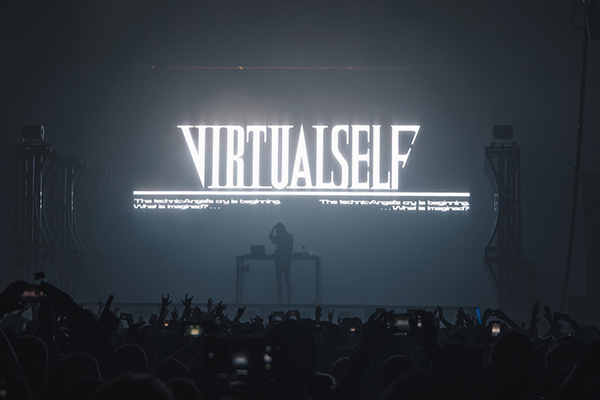 Distinctive musical project Virtual Self has seen tremendous success in the last year, incorporating intense trance rhythms and fierce reverberations. Virtual Self is an alter-ego for the infamous Porter Robinson, known in the dance music realm for his addicting, beautiful melodic beats. His debut album Worlds has paved the way for the classic Porter that his fans love so much. He now performs shows both as Virtual Self and Porter Robinson. In these roles, he chooses to identify as one based on the type of set he will be performing.

During his show on February 7, 2019 at The Shrine LA, Virtual Self shared a new song with his fans. The track is ‘God Rays’ and it is absolutely epic. Combining beaming lasers and fiery passion, this track was an absolute crowd pleaser. Virtual Self’s intricacy with his visuals and the music itself make his shows so special. He has a way of transcending the audience into a completely different universe. Virtual Self is anything but ordinary, striving to explore a new dimension of the trance and techno world. In fact, his biography in the Spotify platform reads: “The technic-Utopia is awakening.”

The Virtual Self project started as an opportunity for Porter Robinson to create a new sound. Although slowly and hesitantly received by some, listeners are now insistent and eager to hear more of this unique sound. Much of this acceptance likely has to do with the co-existence of Porter Robinson and Virtual Self. ‘Ghost Voices’ is the standout track from the Virtual Self project, and is nominated for best Dance Recording at the 2019 Grammy Awards. Virtual Self is making waves in the world of dance music, and ‘God Rays’ speaks to the evolution of this project.