Before the PR, Marketing, White helmet & Future Bass there was ‘Dotcom‘. Chris Comstock aka Marshmello has exploded under his current alias since its debut in 2015. From time to time, however, he still has been releasing music under his old ‘Dotcom’ alias. Most recently being “Take A Picture” with Kayzo in 2015 and “Python” with Say My Name in 2016. Its been three years now since we got any new Dotcom music, mainly perhaps due to the explosive growth of Chris’s Marshmello alias.

In 2018 we saw Dotcom return as part of The Binches at the EDC Vegas mainstage, but then we didn’t hear anything else from Dotcom. However, in 2019, it looks like that is set to change. Chris’s tweeted out a rather vague but affirmative message which is  “new music in 2019.”

This is undoubtedly great news for fans of Chris’s original alias, many of which view the Marshmello project as a sellout move. Will we see Chris go back to his classic trap sound in 2019? Hard to say with him having produced a large variety of genre’s under Marshmello with songs like ‘Biba’, ‘Spotlight’ & ‘Sellout’ among others.

All of us just have to wait and see what Dotcom has in store for us sometime later this year. 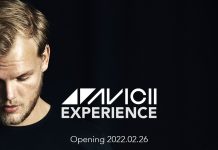