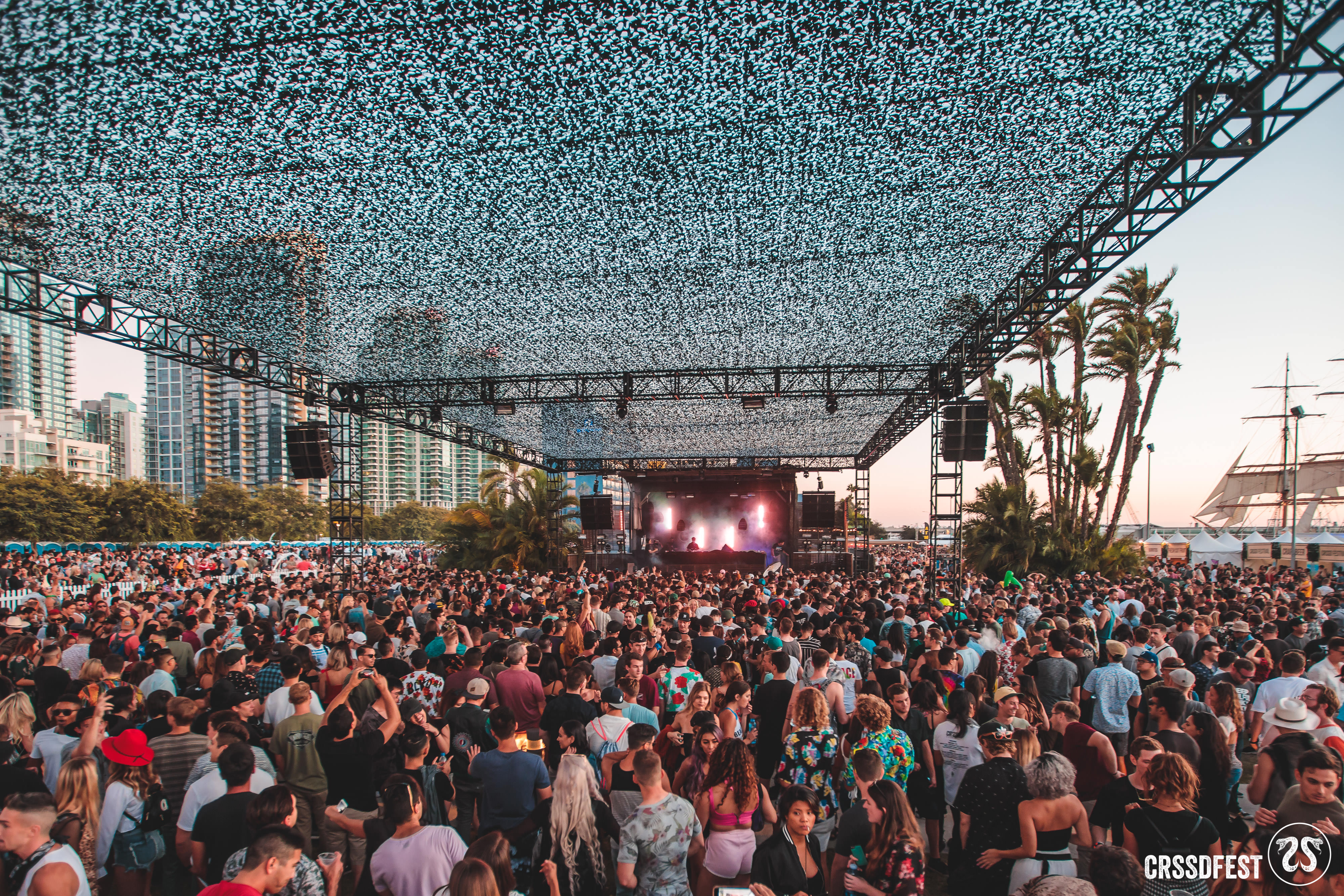 San Diego‘s CRSSD Festival is only a couple of days away, and we couldn’t be more excited. After putting the finishing touches on an already stellar lineup earlier this month, tickets for the two-day event quickly sold out. In less than a weeks time, we will be seeing San Diego‘s Water Front Park play host to acts like Odesza, Lane 8, and Justin Martin.

Everyone from Petit Biscuit to Mason Maynard, Whethan, Classix, and Enrico Sangiuliano will be there as well. In addition to this, there are numerous others who are also slated to perform.

Yesterday, CRSSD Festival put out the set times for the Spring edition of its biannual event with the entire lineup split between its three stages, being The Palms, City Steps, and Ocean View.

Saturday will see Armand Van Helden, Stephan Bodzin, and Phantogram each close out their respective stages. As for Sunday, expect closing sets from Digitalism, The Martinez Brothers, & Odesza. For the full show set times, be sure to check out below. 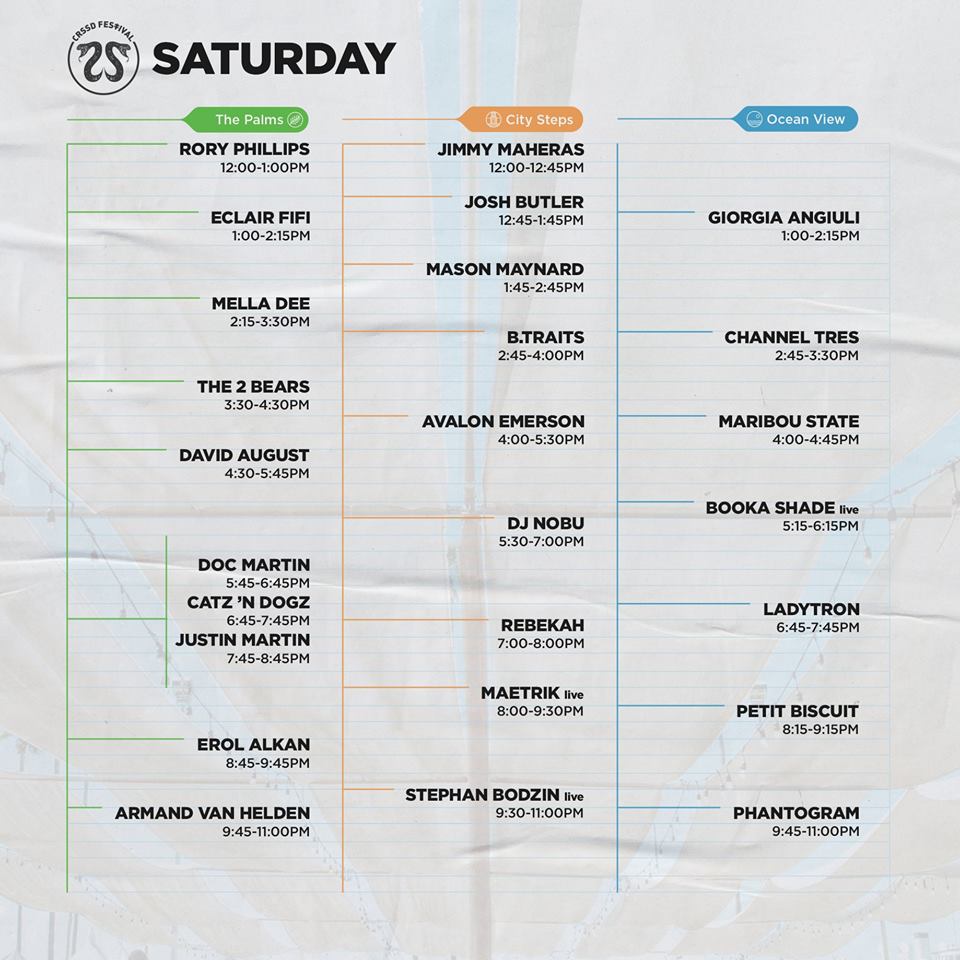 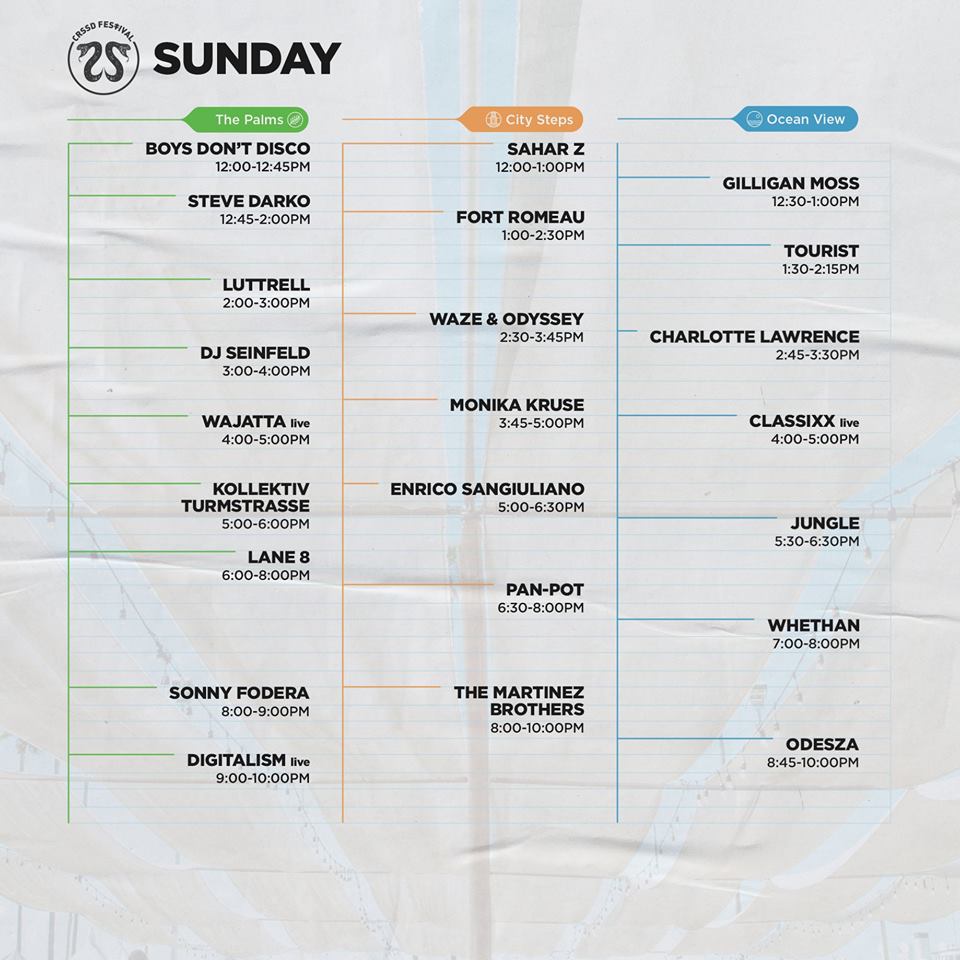