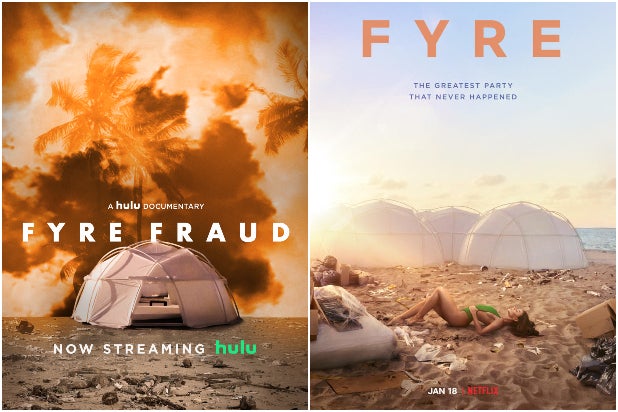 It was just a few days ago that Netflix dropped their trailer for their Fyre Festival documentary. “FYRE: The Greatest Party That Never Happened” is set to drop on January 18th. But it seems that Hulu has beat Netflix to the punch.

They dropped their own documentary on the disastrous festival on January 14th. Hulu’s iteration is titled “Fyre Fraud” and it was no accident that they released it earlier than Netflix. It’s a classic tactic, but we’ll have to wait until after the 18th to see which will be more successful.

The two documentaries, though both about the same topic, differ in their focus. Hulu had originally planned for “Fyre Fraud” to be a series on their platform but evidently condensed it into just a stand-alone documentary.

Theirs features a “tell-all interview” with Billy McFarland. McFarland was the criminal mind behind the operation and who was sentenced to six years in prison for multiple counts of fraud. Directors Jenner Furst and Julia Willoughby said this in a statement:

“…Our aim was to set the stage for a strange journey into the moral abyss of our digital age, going beyond the meme to show an ecosystem of enablers, driven by profit and willing to look the other way, for their own gain.”

The Netflix documentary was produced by Vice Studios, Library Films, and Jerry Media. It has interviews with other organizers. As well as footage from the “event” and interviews from attendees.

Both documentaries are going to be worth the watch. With something as insane as Fyre Festival, there can’t be enough said. So if you have the subscriptions, definitely check both out when they’re available.