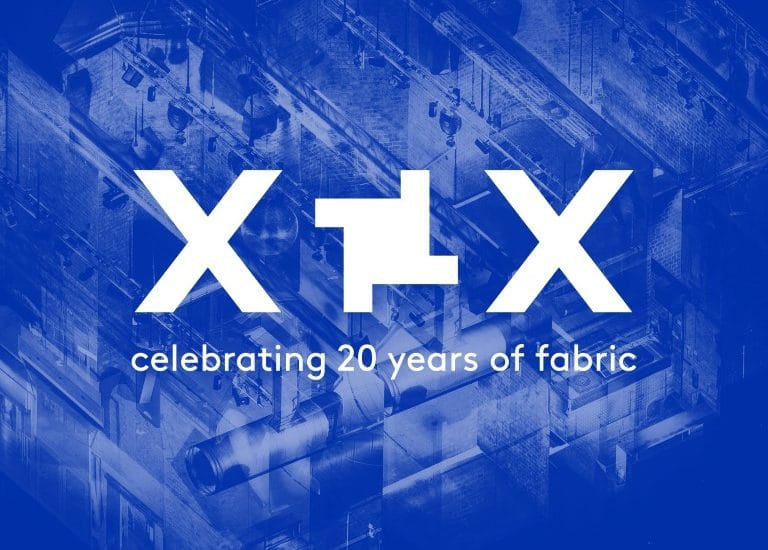 In a stunt that had dance lovers worried, popular London club, fabric, broke its silence with the ultimate 20th anniversary celebrations. It was a confusing, yet heart-wrenching day when venue-goers had realized fabric had gone black. Black—as in all social media accounts and website had been wiped black. Walking past where the venue would have been—black boards with nothing but two large white arrows pointing at two subtle dots in the middle. Only auto-replies containing 20 black squares from venue staff came back and on lookers were perplexed. Plagued by a bad reputation with London police, which led to temporary closure in 2016, it seemed like fabric might have been gone again, maybe for good.

A sigh of relief can be heard from those around as fabric finally returned, 3-day post blackout, to decipher these cryptic messages. 20 black squares, 20 years, two dots…two xx’s—fabric is celebrating its 20th year by hosting 20 big parties.

The big 20th birthday starts on January 27th with Lee Burridge’s All Day I Dream party. Bonobo takes charge on February 24th, followed by Tale of Us on March 24th. While the remaining of 2019 has yet to be released, FUSE will host a 12-hour takeover on April 7th before John Digweed on the 18th and The Martinez Brothers on the 28th.

Dubbed fabric XX, the celebration will last all year long. If you’re in the London area, it’s more than the best time to join in fabric’s festivities. Check out phase one of 2019 down below! 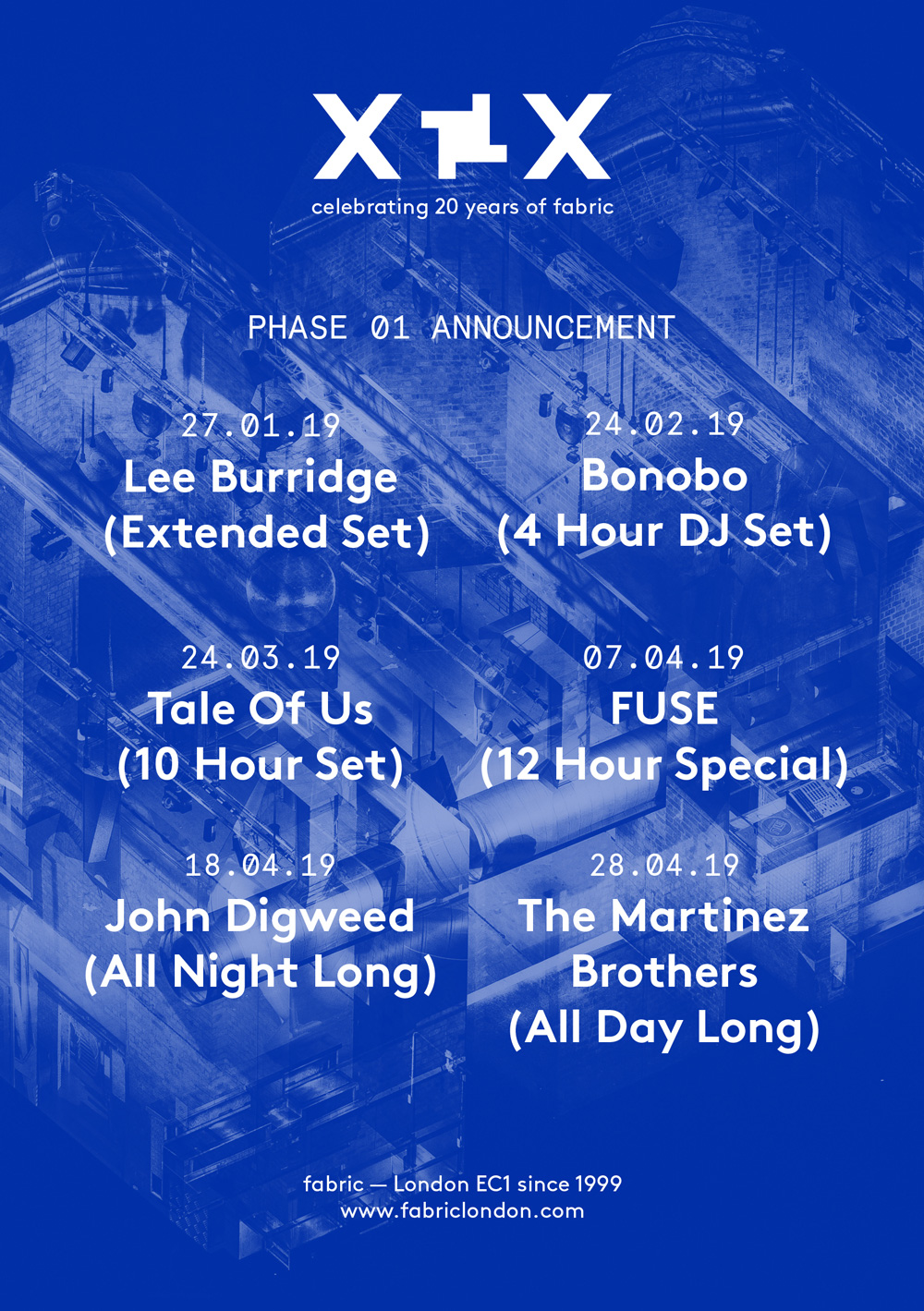