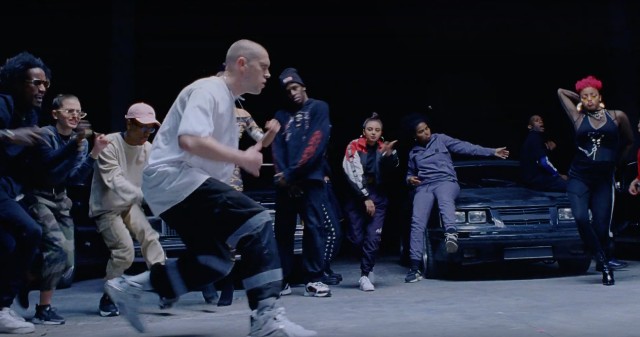 Five years ago a French producer by the name of Mike Lévy, who releases music as Gesaffelstein, exploded onto the electronic music scene with an immaculately produced album named Aleph full of some of the most intense, mind-jarring cuts. The project made him an instant sensation around the globe with a massive headlining tour and an iconic set at Coachella. Ever since 2013 the Frenchman has worked with some of the biggest acts such as Kanye West, The Weeknd, and A$AP Rocky.

Although he’s had his hands in numerous projects, it’s been several years since we heard a full fledged single from him so we’re happy to announce he’s back with a brand new song and video to accompany it. ‘Reset’ is a harsh new instrumental, that is exactly what one would expect from Gesaffelstein – dark, loud, beautifully complex and just plain weird.

The video for ‘Reset’ was directed by Manu Cossu, it’s a unique clip showing the evolution of popular rap music over the past few decades with people dressed as Eminem to Tekashi 6ix9ine making an appearance. I guess it’s time we ‘Reset’ the music industry and stop the circus. Check it out below.