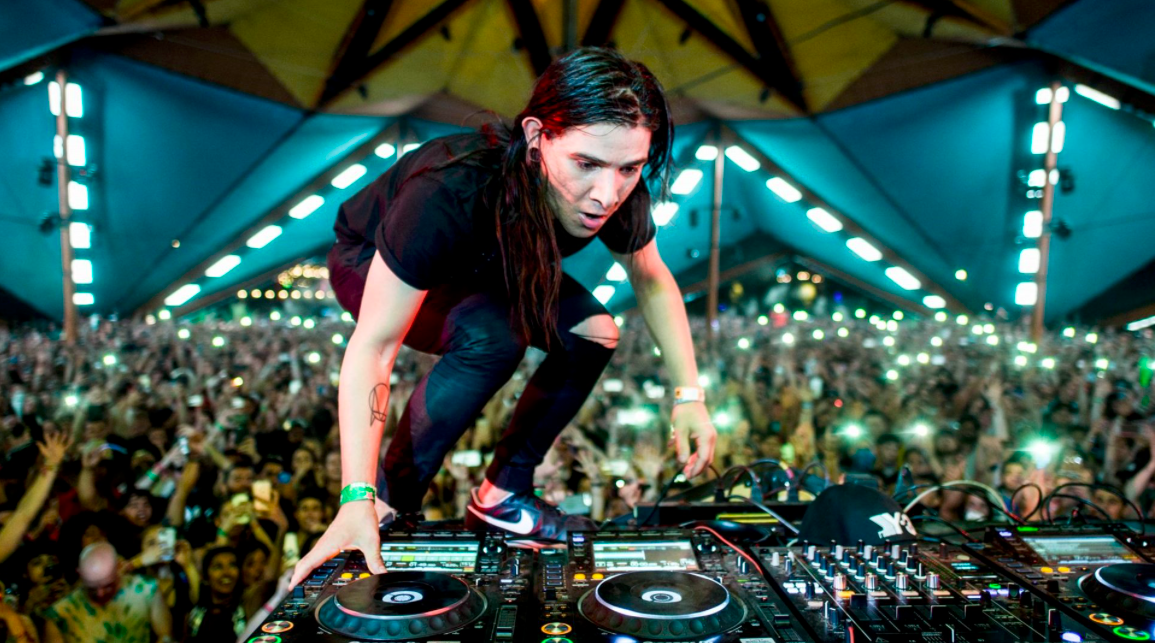 Australian music festival Listen Out took place in Brisbane this weekend, and the stellar line-up brought surprises. The festival mixes EDM and rap with headliners including A$AP Rocky, Brockhampton, Camelphat, Fisher and Skrillex. Rumor (or Reddit) has it, Skrillex dropped a demo and we’ve got all the excitement.

Skrillex, one of EDM’s most famed producers, has been taking a recent break from the dance scene. However, his return to music is definitely on the horizon. The OWLSA boss has been steadily increasing his time in the light, from showing off his new studio, to working on the Kingdom Hearts 3 theme song.

The demo dropped at Listen Out is opposite typical head-banging Skrillex music but we’re not complaining. The down tempo track has a groovy jungle vibe that means the producer is giving us a taste of what’s to come.

You can check out the video below, and stick around for more Skrillex.