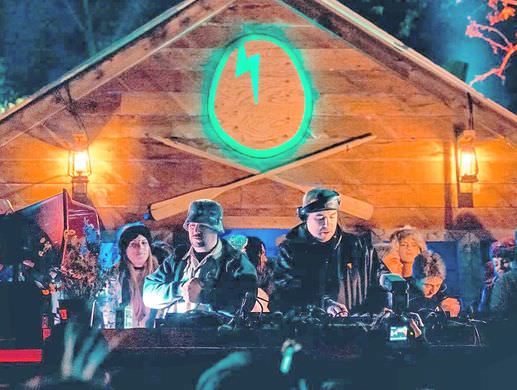 It’s less than twenty four hours until Early Arrival access for Dirtybird Campout. The minutes seem to be dragging on and on. You can’t even think about anything other than getting back together with your Birdfam and dancing late into the night. Well we’re in the same boat, so what did we do? Put together a list of artists you simply cannot miss once you get to Campout!

Everyone knows to catch the original Dirtybird Crew and the big names like Chris Lake, Gorgon City and Green Velvet, but we put together five names that might not be on your radar but are guaranteed to deliver a high quality performance. Justin Jay‘s live band and Claude VonStroke‘s World Tour supporting act Steve Darko both made the list. But the most impressive group to make the list? The openers for all three days. The Dirtybird’s know that the first set of the day starts the whole vibe and they couldn’t have put that responsibility in better hands.

A newcomer to the Dirtybird lineup, VNSSA is setting the tone for the entire festival at 12:30 on Friday. Don’t expect anything less than excellence. Her most recent release, the Creatures EP with BOT, features an impressive B-side in ‘Everybody.’ You can read more about it in our article about the newest release on Psycho Disco! Let the unrelenting progressive groove of VNSSA’s Campout Mix Series submission speak for itself as you make your way to Modesto this weekend.

J.Worra’s two most recent releases are her single ‘Hourglass’ featuring Mark the Beast and a remix of Paul Johnson’s ‘Get Get Down’. But if you are like us your favorite track of hers is ‘Modern Medicine’ with the vocals of Dances with White Girls. Regardless of personal favorites, J. Worra is known to throw down some of the most vibing sets around, so you won’t want to miss the opening of Day 2.

What’s a Subset? Well nothing short of the guy who started a whole afterparty movement on Holy Ship. Personally asked by Claude VonStroke to play at Campout this year, Mark Martinez showcases his eccentric and creative mixing style in his Campout Mix Series entry. After a set featuring live drummer AMMO at Seismic Dance Event in Austin, Texas, we guarantee that this Subset performance is one that you’ll never forget.

Hey Birds. How do you like your eggs? Well you can let Steve Darko know personally at this Campout since he’ll be playing right after J.Worra on Saturday. Although Steve is no stranger to dance music his meteoric rise in the Dirtybird community can be seen in his Fried or Fertilized EP, being chosen to do the Dirtybird West Coast Compilation Mix, and his direct support on Claude VonStroke’s World Tour.  His new track on the West Coast Compilation ‘Switch It Up’ is pretty great too.
‘

If you’re attending Dirtybird Campout and you haven’t heard of Justin Jay and his fantastic hair you would be in the minority. But something many veteran Birds haven’t had the pleasure of experiencing is Justin Jay’s Fantastic Voyage. Unlike his normal DJ sets, Justin takes the lead singer role in a live band performance, and the kicker? They play live tech house and techno. Their 4-7 takeover at the Bass Lodge is long enough that anyone who hasn’t seen this live band will have a chance to catch something.