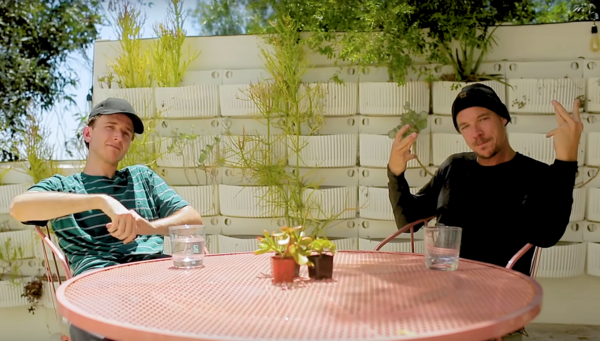 In an enlightening and heartwarming Youtube video posted by RL Grime to his channel Thursday, we see the talented artist sit down and chat with non-other than industry veteran Diplo.

The two artists go through and recap their many years in the music industry together, and talk through what has made RL Grime the internationally acclaimed trap artist that he is today.

RL Grime recalls his first time working with Diplo and releasing some of his early tracks on Mad Decent, the music label that Diplo founded.  As RL Grimes puts it, “that was like a big thing for me…putting out a record on a label that you loved when you were younger is like a big deal for sure.”

We also see him and Diplo talk about his transition from his former DJ persona Clockwork, who was known for big room house, to the RL Grimes stage name and trap-focused music that he is known for today.

The two artists then contemplate the delicate balance of playing popular songs on live sets versus putting in more nuanced and expressive new music. As Diplo states, “it’s still a job for us” when referencing the need to deliver crowd-pleasing songs over the freedom DJs want to express their more creative and artistic side.

The two also go into depth on RL Grime’s second studio album, Nova, which he released late July of this year. Diplo is clearly a fan of the DJ, as he praises and goes into depth on his thoughts of the songs in the album.

Check out the full 20-minute version of the uplifting conversation below: