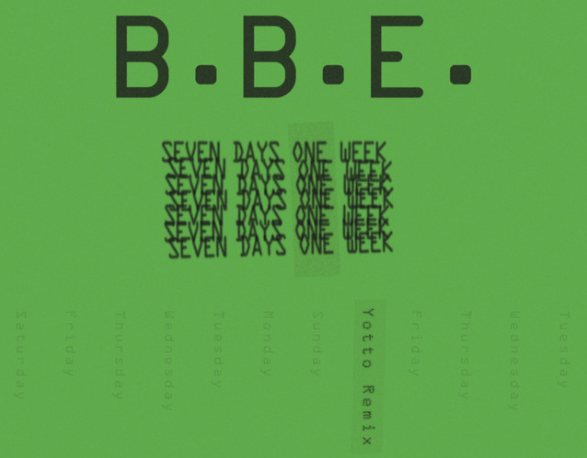 Harking back to the golden days of 90’s Euro-pop dance music, Finnish DJ Yotto is breathing a new life onto the trance classic, “Seven Days and One Week”. The song will surely bring back waves of nostalgia for early trance music listeners.

First released in 1996 by French-Italian duo B.B.E., “Seven Days and One Week” epitomizes the sounds of dream trance. This early subgenre focuses on light, catchy melodies overlaid on top of deep repetitive beats, and is a precursor of house music.

The original song, with its addictive beats and soothing melodies, became a worldwide hit, reaching number three in United Kingdom and Germany.

Yotto’s version is just as addictive. He slows it down a bit from the Euro-pop original and adds a deep house spin to the song, making it more soulful while still retaining that dream-like quality. The talented Finnish DJ has seen a stunning rise in his career lately and recently released his debut album.

Yotto’s remix of “Seven Days and One Week” is a must-listen for all lovers of trance and house music. Check it out below: