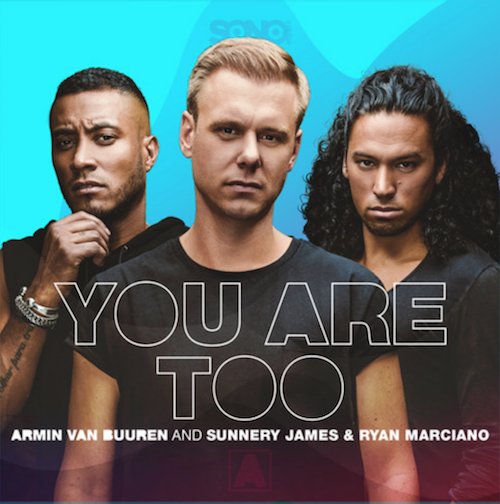 Armin Van Buuren & Sunnery James & Ryan Marciano – You Are Too

Last time Armin Van Buuren and Sunnery James & Ryan Marciano got together to release a song it was a mega hit. In 2017, Armin and the Dutch duo produced  ‘You Are‘ that took the dance music world by storm. One year later, a follow up collaboration arrives with ‘You Are Too’.

First played at Tomorrowland 2018 this song bangs as well. Lyrical in the beginning, it quickly picks up to that distinct sound the first song brought. The bass brings a thumping beat that gives it a great festival vibe. With Armin usually releasing songs that stick to his Trance roots this one takes him in a different direction. These three have created another absolute hit and I wouldn’t be surprised if you see them get together again next year.

Check out ‘You Are Too’ below and let us know what you think!