More trouble looms for Kesha. Recently, incriminating e-mails have leaked which indicate Kesha lied and made up the sexual assault allegations on Dr. Luke to get her way in a contract dispute in order to defame Dr. Luke and ruin his business for her own success. What’s revealed is that the pop star appears to have used the sensitive subject of sexual assault as a play for her own financial gains. 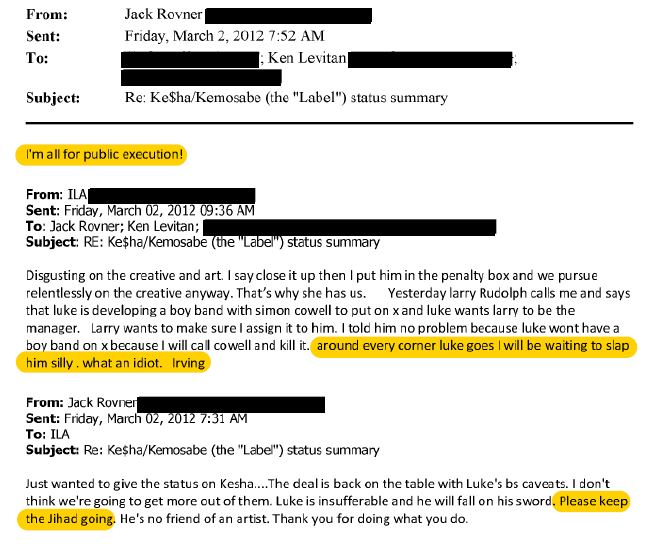 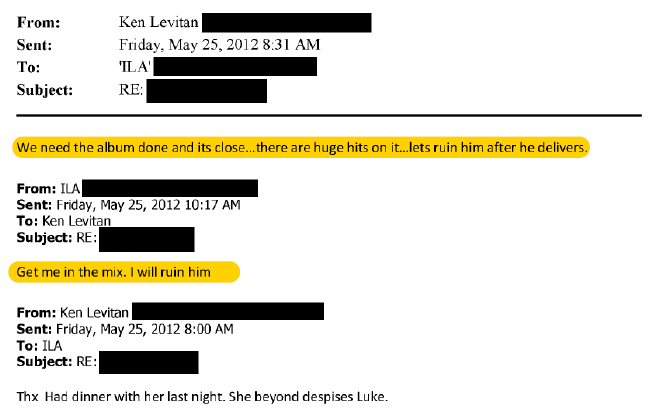 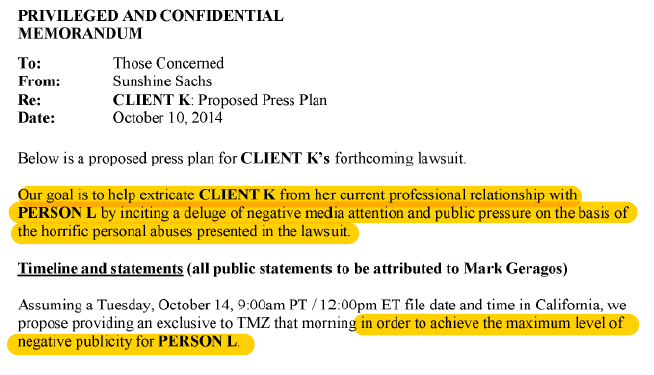 “Kesha and Dr. Luke each attended a birthday party for Nicky Hilton at a nightclub in Hollywood, followed by an after-party at Paris Hilton’s home.
Kesha admits she voluntarily had at least four drinks while partying. Because she drank too much, she got sick, and threw up in Paris Hilton’s closet. Kesha was kicked out of the after-party because of her behavior, and Dr. Luke was asked to help bring Kesha out of the party. As an act of kindness and to help Kesha, he escorted her out and offered to allow her to sleep in his hotel suite, which was only a few blocks away. Kesha slept on the bed in the hotel suite, while Dr. Luke separately slept on the couch. Dr. Luke testified, under oath and in great detail, that he did not have any sexual or physical contact with Kesha.
Kesha herself now testifies that she has absolutely no memory of engaging in any sexual activity with Dr. Luke or even of Dr. Luke being in the hotel room that night. Kesha has no memory of Dr. Luke engaging in inappropriate contact because it did not happen.
In her bogus complaint against Dr. Luke, Kesha falsely claimed that Dr. Luke gave her a so-called “sober pill” supposedly causing her to “black-out”. She also claimed she told her mother about allegedly being drugged right away, in 2005. Her mother, however, testified Kesha did not tell her about any supposed “sober pills” until 2013/2014. That was when Kesha had begun plotting the press plan and lawsuit and threatening Dr. Luke to go public with her false rape allegations. Dr. Luke testified that he did not give Kesha any kind of drug that night.
The next day, Dr. Luke woke up on the couch and left the hotel suite. Kesha remained sleeping on the bed. After waking up, Kesha spent hours in the hotel suite and even ordered room service.
Other critical documents and testimony remain under seal at Kesha’s insistence. When released, they will further reveal the fiction that Kesha created.
Kesha used to tell the truth about what happened on this night.
In a 2010 interview, Kesha recounted how she threw up in Paris Hilton’s closet due to mixing champagne, whiskey, and sushi.
Shortly after the night in question, Kesha and her mother co-wrote a zany comedy song about that night titled “Paris Hilton’s Closet.” The fact that the Seberts made light of that night speaks volumes about what actually happened.
In 2011, Kesha was sued by a former manager and both Kesha and her mother testified in that case. They were each asked under oath about Kesha’s relationship with Dr. Luke, and their testimony establishes that Dr. Luke never made any sexual advance to Kesha, let alone raped her.
The truth about Katy Perry that Kesha didn’t want you to know….
The false narrative Kesha created about being raped became widely accepted, damaging Dr. Luke’s reputation irreparably. Compounding this malicious act, in 2016 Kesha told Lady Gaga that Dr. Luke raped Katy Perry, which is outrageous and untrue. Katy Perry testified under oath in this case that Dr. Luke never raped her. Regardless, Kesha refused to apologize. Instead, she issued a press release which again irresponsibly suggested that Katy Perry was actually raped by Dr. Luke. Clearly Kesha wanted to perpetuate the falsehood that Dr. Luke raped Katy Perry.
There is nothing worse than abuse and sexual assault. Dr. Luke supports any woman or man who seeks to address sexual abuse in the legal system. That is not what happened here. It is also horrendous to falsely accuse someone of a heinous act. That is what has happened here. Kesha’s voluntarily dismissed rape claim has caused great harm to Dr. Luke, his family, and his businesses.”
Tweet
Share
Pin
Share280
280 Shares 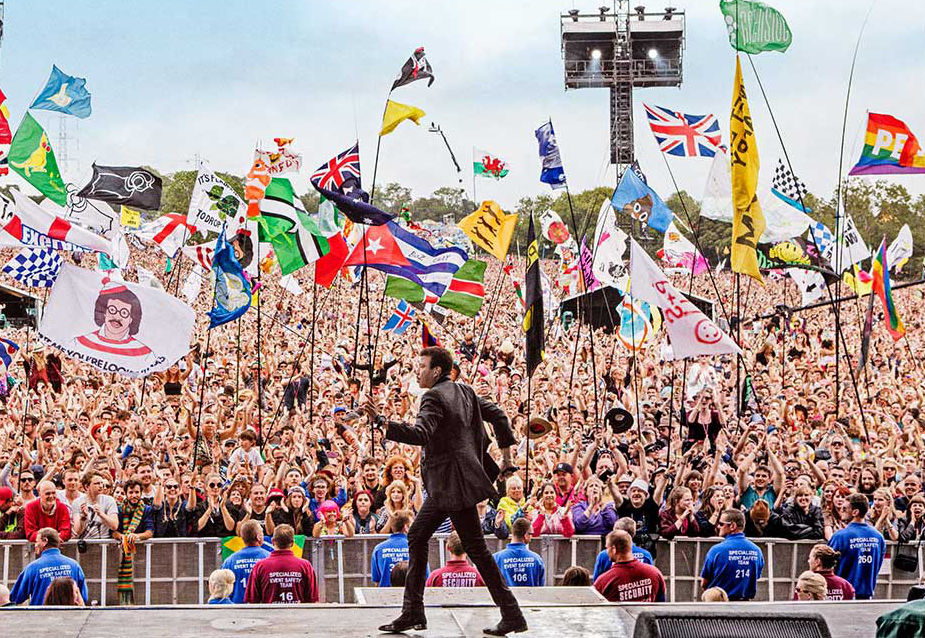