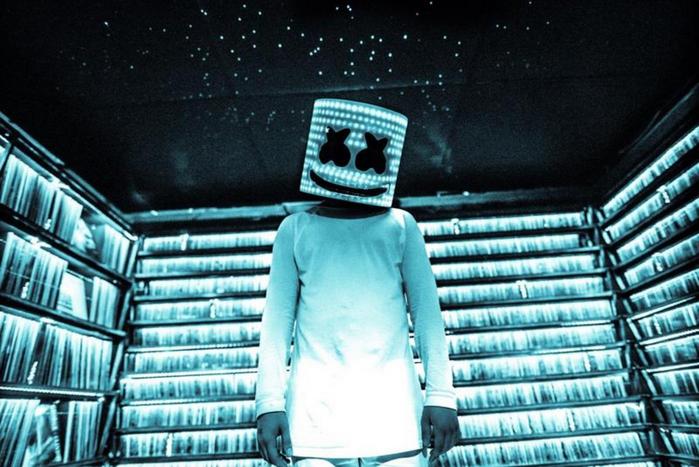 The identity of EDM’s favorite marshmallow man has been under wraps for quite some time (not really). While we can guarantee the bubbly DJ is definitely not Tiësto, we might already know his identity. This past Sunday Marshmello & company stopped by the legendary Red Rocks Amphitheatre and put on quite the show. Everybody’s favorite marshmallow started his set with a projection of Will Ferrel dressed in all white, helmet in hand. Ferrell went on to say that he was Marshmello and asked the crowd if they were ready for a good show. On screen, we can see Ferrell don the helmet, at which point the lights fade, and the show immediately began.

Earlier this year we saw Marshmello don his iconic white helmet, and to everyone’s surprise, reveal himself to be to Will Ferrell. The reveal, took place at the Bill Graham Civic Auditorium in San Francisco.  The moment had been captured on Instagram by Marshmello’s manager Moe Shalizi. Turns out they did it again. While it should be noted Will Ferrell is a comedian, I wouldn’t put too much stock in his claim to the ‘Mello Throne. Twitter user @gv7801 managed to capture the moment and share it to his twitter. You can view the post below.