Back in April, we initially reported on Above & Beyond hosting their first SoCal edition of  Anjunabeach taking place in Huntington Beach, CA on June 23rd. With that announcement many more details regarding the event came after it.

The artist lineup was revealed back in May and it consisted of very well known names that the Anjunafamily would be familiar with. Deep house natives Lane 8 and Luttrell would set the mood early in the day. Following them will be Anjuna legend Mat Zo to pick things up after. It was also revealed that Above & Beyond would be kicking off the event with a very special “Om” yoga set, something fans attending are sure in a treat for.

Now we finally have some set times for the event. With less than three weeks before the event, make sure to check the times so you don’t miss a single beat of the magic. 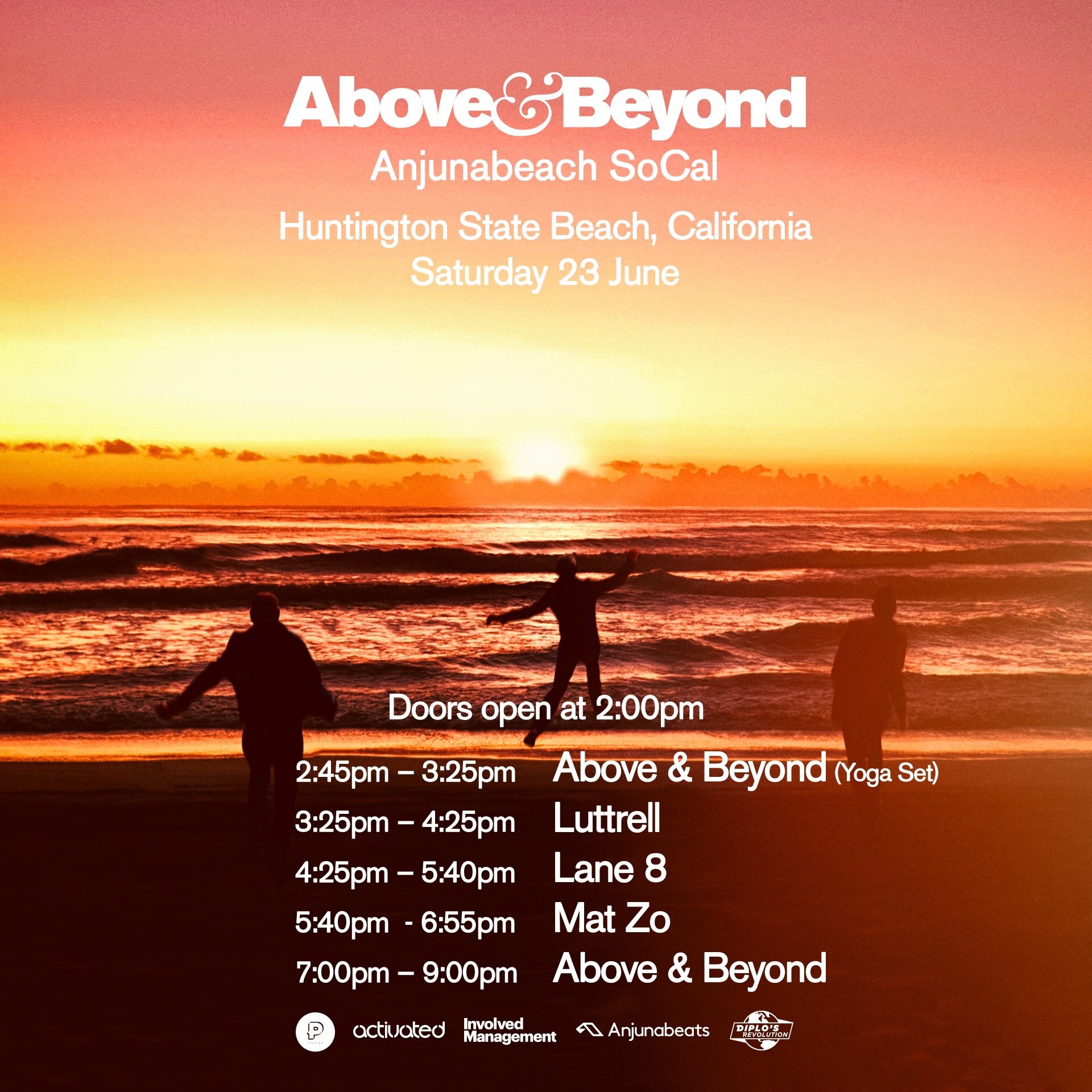 At EDM Tunes, we enjoy helping everyone get prepared for the event. We have gone ahead and grabbed a few playlists for you to enjoy from the artists attending. This should give you a glimpse of what to expect come that Saturday, June 23rd.