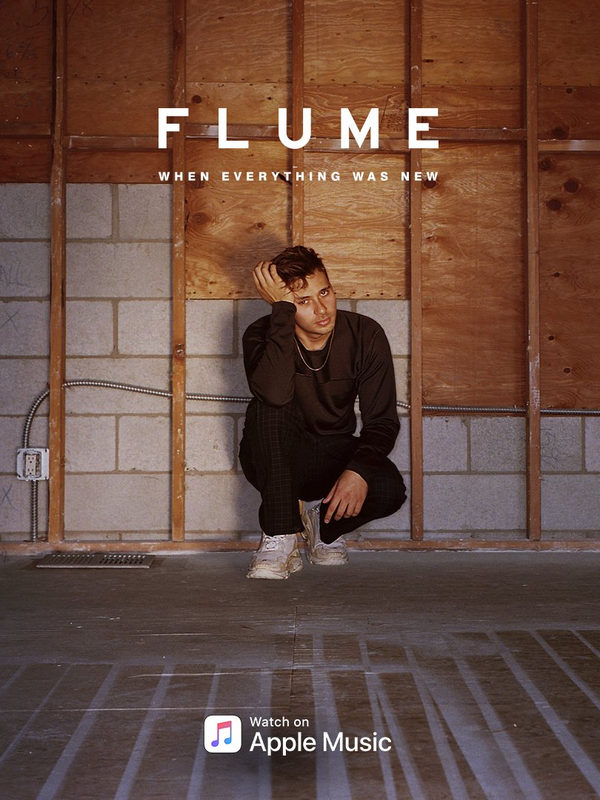 The pioneer of future bass is back, baby! Beloved producer, Flume has been absent from the music scene for a while, playing only a few shows here and there. We last heard from the producer in early 2017 with the release of Skin Companion EP 2, and since then it has been radio silence. Although we don’t have any new music from the Grammy award winner, we’re getting not one but TWO documentaries from him this month. Along with independent Australian record label Future Classic, Flume announced the films on his social media yesterday.

When Everything Was New and Sleepless The Story of Future Classic, will premiere exclusively on Apple Music, April 20. No other information has been given on what these will be about, but ‘Sleepless’ and ‘When Everything Was New’ are titles from tracks off his first and second album, respectively. It seems like the documentaries will be an intimate look at Harley Streten’s life, how he crafts his music, and more. Of course, the mysticism behind the films is killing us – but it wouldn’t be the Flume we know and love if it weren’t somewhat elusive.

When Everything Was New and Sleepless the story of @futureclassic.
Two documentaries premiering April 20 exclusively on @AppleMusic pic.twitter.com/mZp2oQ1TrW

If this announcement has left you feening for some Flume, pregame for the release of the documentaries with this essential mix from the “Sydney sensation” on BBC Radio 1.