Billboard released this year’s list of nominees for the Billboard Music Awards, which will air live on NBC on May 20th. The yearly awards, which first debuted in 1990, will be hosted in Las Vegas at the MGM Grand Garden Arena.

Kendrick Lamar, Ed Sheeran, & Bruno Mars lead the way for nominations with 15 per artist. The Chainsmokers have dominated the electronic music scene in the last couple of years, and stand alone with 6 nominations. This is the most of any electronic music artist or duo. The duo released their first studio album, Memories…Do Not Open, in April of 2017 and have been a mainstay at nearly every major music festival since.

Below we’ve highlighted the presence of electronic music artists in the various Billboard categories:

Top Duo/Group: The Chainsmokers come up against Cold Play, U2, Imagine Dragons, and Migos.

Top Radio Songs: The Chainsmokers & Coldplay, “Something Just Like This” come up against the likes of Bruno Mars and Ed Sheeran.

Top Collaboration: The Chainsmokers & Coldplay, “Something Just Like This” are once again nominated and take on French Montana with Swae Lee & Post Malone with 21 Savage among others.

As evident with the nominations, The Chainsmokers had the best year of their career so far. We wish them the best of luck on May 20th! 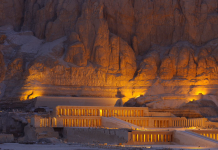