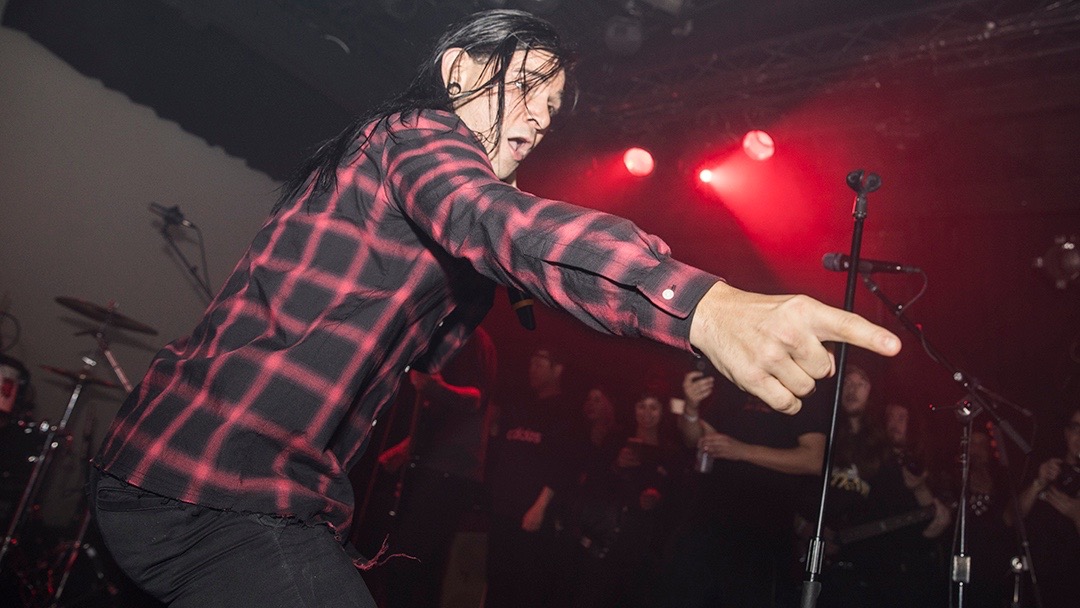 Skrillex, also known as Sonny Moore, is a well-rounded artist and man of many talents. Aside from being one of biggest electronic DJ/producers in the world, he has a vibrant past being the frontman of the emo-era rock band From First To Last. He left the band in 2007 to pursue his career as Skrillex and has seen massive success since then. However, like many of us, he hasn’t truly abandoned his emo roots. Moore recently reunited with FFTL and debuted a new track called ‘Surrender‘ during a DJ set at Emo Nite LA with him on lead vocals.

He first reunited with his bandmates back in February at Emo Nite, giving fans a huge surprise and leaving them wanting more. The new track ‘Surrender’ is to be on the new album the band has in the works, which also has another track with Moore on lead vocals. The long-awaited album has no official release date yet. Stay tuned and watch the Instagram live stream of the performance below!