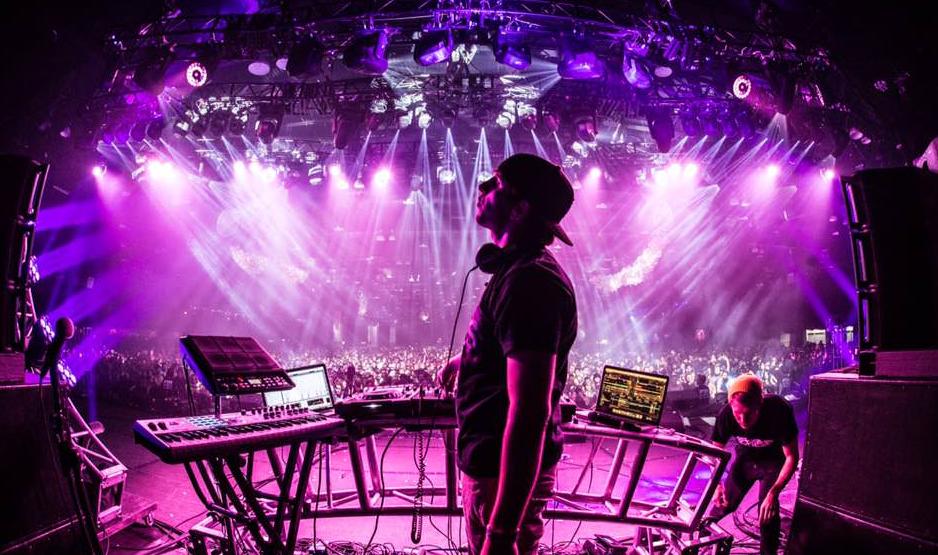 Each year countless albums are released by superstar producers and newcomers to the scene. And each year EDM Tunes strives to bring you the latest information on all of these. But as the year winds down the time comes to figure out who is the best of the best. So we created a poll for our writers and editors to pick their top 5 albums. Production quality and popularity factored into each choice, along with personal preference. If you don’t see your favorite album on the list tell us what is was and why you think it deserves a spot!

Last year’s poll put Eric Prydz at the top with Opus, and this year’s winner joins Prydz in the exclusive top album of the year category. Many familiar names including Kygo, Calvin Harris, and Infected Mushroom made a decent showing but fell short of the top ten. From Trap to Trance, this year’s top 10 album list is full of powerhouse names that are impossible to ignore!

Togetherr is a trance collab album unlike many other collab albums. While every track has both artists credited for production, ten of the sixteen songs also feature other artists working with Rodg and Ruben de Ronde. With big names like Ørjan Nilsen, Genix and Estiva adding their own unique flair, you don’t want to sleep on Togetherr.

18 year old Mehdi Benjoulloun of Petite Biscuit made quite an impression with his debut album Presence. The French high school student ‘s first full LP hit number 21 on the music charts in France. After releasing such an influential record under his own Petite Biscuit Recordings, the sky is the limit for this talented young producer.

8The Only Road – Gabriel and Dresden

After 11 years, a breakup and a long awaited reunion, Gabriel and Dresden have returned with The Only Road. After Above and Beyond announced the duo would return to their Anjunabeats home fans have been over the moon. Get ready for that classic G&D sound with a new uplifting twist. Only four songs are available until the album release on December 15th, but you can enjoy these now! We’ll update this post when the album drops.

Ferry Corsten is one of the biggest names in the trance and club scene and has been for quite some time. Blueprint, his Sci-Fi inspired concept album featuring the story between Lukas and the animatronic robot he creates, Vee, may be his most ambitious project yet. This album tells a story both with music and words, and the beauty inherent in the tracks is unmistakeable.

While you may not recognize Sander van Doorn‘s alias, the high quality production on SPECTRVM is unmistakeable. Described as a “deeper, darker and different side” of one of the most iconic names in dance music, Purple Haze definitely delivers. Blending the lines between house, trance and progressive, SPECTRVM is easily one of the most impressive albums this year.

After huge success with their first album Pharmacy, crowd favorite Galantis returned in 2017 with their new LP The Aviary. After debuting huge singles including ‘No Money‘ and ‘Love on Me‘ the Swedish big room duo released the album full of collaborations on September 15, 2017.  Their 2018 tour of the album is scheduled to hit 13 European cities in the month of February alone!

After losing MC Bizzey when he became a father, many fans were worried about the future of Yellow Claw. But Los Amsterdam put an end to any nay sayers. Including hit songs ‘Good Day‘ with DJ Snake and Elliphant and ‘Hold on to Me‘ featuring GTA, Yellow Claw’s second album proves they are here to stay. With the genre-breaking duo’s music ranging from trap to hip hop to big room house and everything in between, there’s always a little something for everyone on this Yellow Claw album.

Cosmic Gate had an impressive year, releasing Materia Chapter.One in January and following it up with Materia Chapter.Two in September. Both albums heavily feature vocalist and producer JES who has been a constant in the trance scene for years. Super8 and Tab, Markus Schultz, and Ferry Corsten are just a few of the supporting artists for these two impressive chapters in Cosmic Gate’s journey. If you needed a sign that trance was making a come back, look no further.

Odesza‘s third studio album was released September 8th and A Moment Apart has already been labeled as one of the most impressive albums of the year by many. The album itself was nominated for Best Dance/Electronic album and the biggest single from the album, ‘Line of Sight‘ is up for Best Dance Recording at the 60th Annual Grammy Awards. The chill vibes and feel good energy of this album are perfect for almost any situation.

Although Odesza came in a close second, the #1 album of the year according to the EDM Tunes team is Awake by Illenium. After releasing several singles, Nick Miller finally released the full album in September. Illenium is known for his ability to seamlessly incorporate the melodic sounds of trance and progressive house with the wobble and whomp of dubstep and trap. Awake continues with this trend and provides a sound that crosses genre and prejudice to provide the listener with a sense of musical purpose.

Remember that this list was put together by the EDMTunes staff and doesn’t reflect the entire world as a whole. If we left something off that you think should be top 10 let us know what album and why you think it deserves to be among the top 10 albums of 2017!