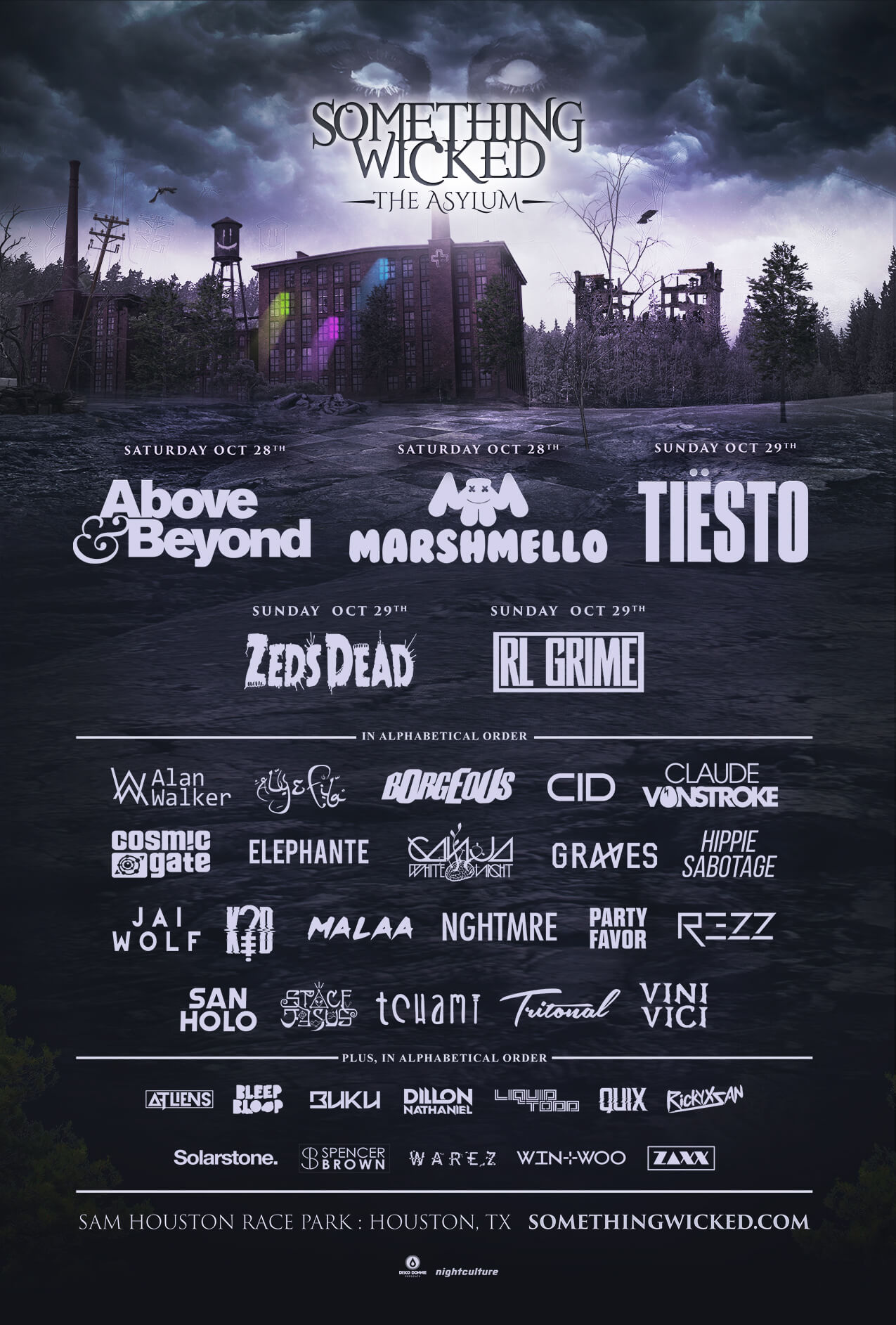 Disco Donnie Presents, and Nightculture,  announces the Something Wicked – The Asylum 2017 lineup.  Debuted in 2012, Something Wicked held over two days and nights is held at the Sam Houston Race Park in Houston, Texas.  The annual event has hosted major EDM artists with Texas sized crowds.

Last year’s event hosted non other than Diplo, Hardwell, Deorro (one of the regulars it seems), Carnage, Audien, Arty, and Gareth Emery amongst all of the other great acts.  This year re-connects Above & Beyond to the city of Houston for another glorious night of Group Therapy at The Asylum. Fans should expect to be dancing to basslines that will spook and send chills down their backs, as well as poppy-trap sounds from Marshmello, Tiësto, Zeds Dead and RL Grime. You can check out ticket options at the link above!