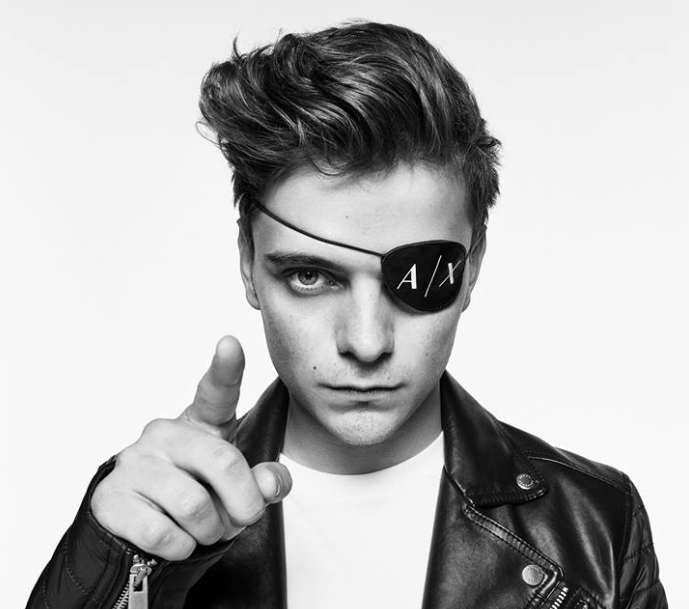 The last twelve months have certainly treated Martin Garrix well. From being named the number 1 DJ in the world by DJ Mag, to breaking into the top ten highest paid performers, it’s safe to say this has been the best year of his career.

Now the 21-year-old Dutch DJ is expanding his commercial presence beyond music and making his name known in the modeling world with Armani. This collaboration was first reported in July, and needless to say the one month wait was worth it.

Prior to the photoshoot Giorgio Armani gave some reasons for inviting Garrix.

“For this campaign, I wanted three faces capable of recounting the individualist A|X spirit in a novel, unconventional way. Three different and surprising individuals, all creative and free in their expression and whom I wanted to envelop in Armani style.”

As with everything else that Garrix has touched this year, the photo shoot is gold. It may seem a bit odd seeing someone who blesses the world’s largest venues trying on fashion clothes, but Garrix has a certain modeling charm that is synonymous with his music performances.

We definitely won’t be complaining if he makes similar cameos in the modeling world as long as he keeps producing hit after hit. Check out the video released by the Armani Exchange official Twitter below.

Dimitri Vegas & Like Mike, Brennan Heart – All I Want For Christmas Is You