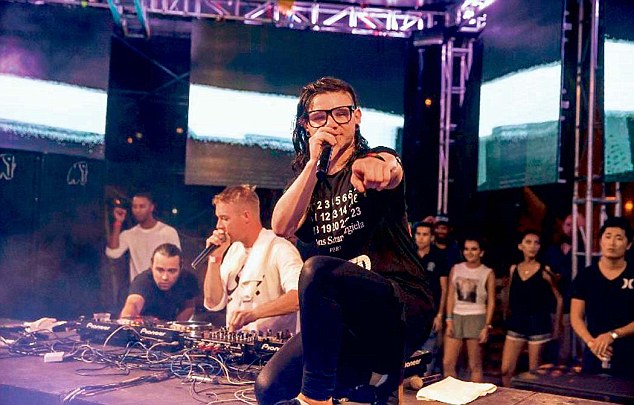 In response to an old lawsuit brought by a fan, Skrillex is demanding that she undergo a second psychiatric evaluation. The lawsuit began in 2014 and was brought by one, Jennifer Fraissl. Fraissl was injured after a stage diving incident at a Skrillex show in 2012. During a show at The Belasco in L.A., Skrillex jumped off the DJ booth and allegedly landed on Fraissl. The impact from the jump caused her to sustain injuries, including a stroke.

The case is still chugging along and in the latest development, Skrillex is insisting that Fraissl obtain another psychiatric evaluation to assess the emotional damage that resulted from the injury. Fraissl is refusing to go through with the second evaluation, stating that she has already gotten an evaluation with her own doctors. Obviously the importantance of this is that Fraissl’s doctor is more likely to be sympathetic and give a more dire diagnosis, which would cause the damages amount to be much higher. A 2nd opinion doctor might peg the damages amount much lower, and Fraissl is trying to prevent this. A judge will decide if Fraissl has to undergo further testing. Both Skrillex and The Belasco were named in the lawsuit seeking compensation for medical expenses and damages such as loss of income.