The chart topping track “Believer” from Major Lazer and Showtek has taken the music world by storm since it first debuted in September. Now, the song finally has a music video to match, carrying a strong message regarding the ongoing crisis in Syria.

The video follows a young boy’s journey in his war torn neighborhood before his home was devastatingly bombed. We witness the happy memories with his family, friends, and the everyday activities he used to do before war took over. Things then take a strange turn when he comes in contact with a creature which we can only assume symbolizes death and destruction. First, the young boy frightfully runs away from it, but eventually takes its hand to retrace the steps through his memories into a tragic yet hopeful ending.

The breathtaking video was done by XOXO director Christopher Louie, who got his inspiration from the shocking viral photo that broke hearts all over the world:

“The concept of the video was inspired by the images of Omran Daqneesh, the Syrian boy covered in dust in the ambulance after his house was hit by a bomb. Like everyone in the world, I was heartbroken by that image, but I also saw a glimmer of hope. As dark as the subject matter is, the point of our “Believer” video was to capture the resilience of youth and the hope displayed by communities coming together to save victims from the rubble,” says Louie in a statement.

“If it wasn’t for the support from Sjoerd of Showtek and guidance from Diplo and his creative director Sara, this video would not have turned out as emotionally powerful as it has. They supported us going to the Middle East, shooting with all local cast, crew and keeping it as authentic as possible. There were countless obstacles that go along with shooting in an unfamiliar country but with the help of the local film community we got through them all and created something special in the process.”

Kudos to Major Lazor and Showtek for sharing a powerful message about hope in a time of such darkness. Everyone involved in the making of this video encourages people to donate to the Syrian Children’s Relief Fund, Save The Children. Watch the moving video below. 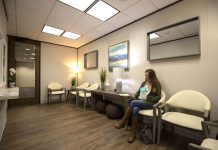