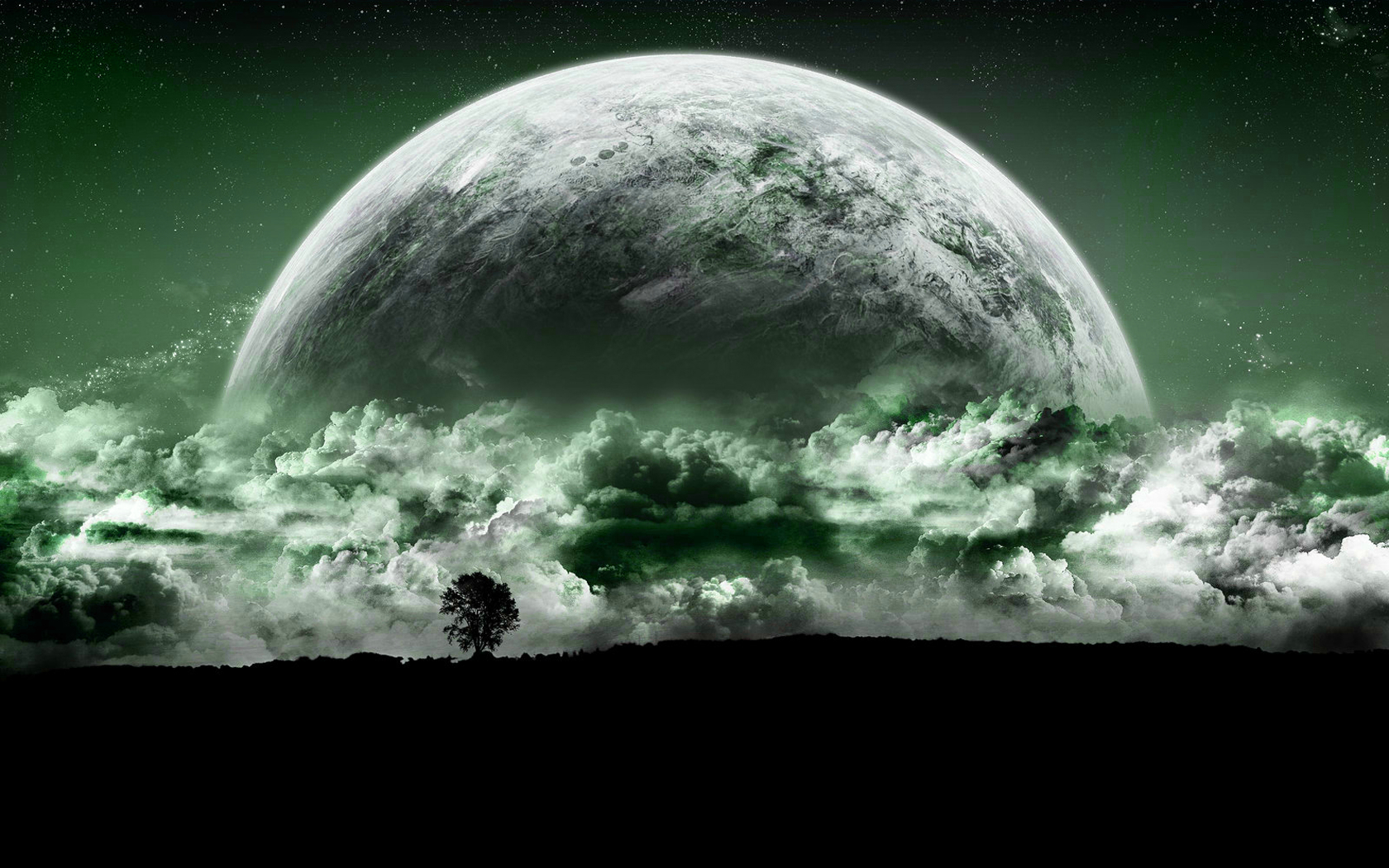 When was the last time you went to a party that had a dedicated chill space? No, not the place people smoke cause they can’t inside anymore, not the parking lot, a designated space -be it a room or open festival area – that focused exclusively on comfort; characterized by proper downtempo music with fitting decoration, lighting, and amenities? If you live in New York, Miami, LA, San Francisco, Vancouver, London, or any of the cities that have experienced malignant gentrification in the last 10 years, I bet the answer is not recently. But, this article isn’t entirely about the lack of chill spaces for us, it’s also about the producers and performers who depend on them like glo.

glo is one of the spectacular talents in the Future Chill and Downtempo space, along with Haven, Luminance, Vassh, brothel, unforseen, Soular Order and a select few others. Their music is the stuff I’d choose for the soundtrack of my life if it was being filmed, somber, melancholic, mature, and expertly produced. The atmosphere created in some of these tunes is unrivaled, but you’re probably wondering who the hell I’m talking about and why you’ve never heard stuff like this. The reason is a combination between gentrification, the commensurate spike in venue rental costs and the profit motives a lot of producers have when it comes to throwing parties.

Because of the way the global festival circuit is structured, they actually CAN’T get Martin Garrix-level popular. If you don’t make music that rocks a mainstage festival set, you are at a huge disadvantage in the modern EDM market. Festivals may have multiple tents/sound areas, but they’re always stacked with uptempo, fist-pump inducing music. glo isn’t just hoping to raise enough money to pay his bills and live his life, he’s hoping that he can raise enough money to help pay for his mother’s breast cancer treatment. The idea that a producer this good at what he does needs help to pay medical bills is an absolute travesty. But it’s not just about one artist. To learn more about what they’re going through, I reached out to producers in this space that were willing to talk.

Lenora Jayne, a Creative Director & Event Producer in Brooklyn made sure to point out just how expensive parties in major markets like NYC, Miami, LA, San Francisco & LA can be. Back in the 2000’s or earlier, the “electronic music scene” in a major city was just that. One scene. You went to the one party each weekend that had DJs, whether you knew who they were or not, if you were lucky enough to get an invite. Some of these events had multiple rooms, including a chill out space, where people could go to smoke cigarettes (pre-smoking ban), hang out, and listen to music that wasn’t ridiculously uptempo. As retail events became the norm, the bar guarantees and the revenue from ticket sales required to not lose your shirt throwing events skyrocketed.

To that end, we’ve seen more and more DJs feel pressured to spin “big room” sets and promote themselves like headliner DJs, instead of focusing on their music. Sadly, in NYC, the reality is, as Lenora put it:

And with the tragic deaths & hospitalizations at Sunset Music Festival (among others), it’s getting harder and harder to ignore the fact that dance music festivals don’t have places to rest or sway. As they grow, not only do the crowds swell, but so do the distances festival-goers have to travel. Managing these factors improperly led to the disaster of TomorrowWorld 2015, but similar issues can be found at nearly every major festival around the world. There aren’t enough places for party people to cool down, relax or escape the increasingly pervasive sound, light, bass and crush of humanity…*(Editor’s Note: EDCLV 2016, among other festivals, included several attempts at chill spaces, like pods by Cosmic Meadow, lay-out areas like Electric Village, air-conditioned rooms in the garage by carnival square and other spaces away from the mainstage & the forest by BassPod with fans and water spray. However none of those removed far enough from the intense bass and rattling to truly count. Festivals especially need to find a way to build out a quarantined area so the chill sounds and quiet atmosphere can really be restorative)**…. Not only could chill spaces help ravers cool off, rehydrate, and find their friends, but it could also give us a chance to rediscover the softer side of electronic music, and get some of these DJs paid.

Haven is an amazing producer, part of the WaveMob collective, who is quitting music in the fall to go to medical school. While I could write an entirely separate piece about how tunes like this have helped me & millions of others heal, Haven’s music holds a special place in my heart. His fusion between melancholy, complicated relationships, heart-wrenching samples & perfect atmosphere make for an unparalleled sonic journey. It’s so good that when he said he was thinking of quitting, Soular Order showed up on Twitter and said he’d headline a party with Haven to keep him creating. This is a community that supports each other, much more than the cutthroat EDM game that we’ve seen develop more and more into what pop and rock n’ roll have become. When I joined a live mixcast by Sentient Society, another collective, instead of seeing the usual spam/non-participation in chat, you saw producers & DJs actively cheering on the performing DJs and geeking out over the gorgeous mix of garage, future chill, downtempo, ambient & chillstep/trap.

Some producers don’t expect to ever play big clubs, become wildly famous or headline festivals. Haven & Luminance talked to me about this in detail. Haven seemed more ok with the industry being at odds with what he creates than most:

“I might be a bit unique, because I never thought of my music as something that would be played at shows. I’ve always thought of what I make as ‘personal’ or ‘headphone music’. I also never thought that music, or at least the type that I make, would make me a lot of or any money….I would love if I could make music a living, or that I could DJ for lots of people, but I just don’t make that type of music and it’s too difficult to get into the industry.” ~Haven

While they may not be able to get booked at traditional club parties & festivals, as more and more of them find each other on Twitter/Soundcloud/HypeM, music collectives such as WaveMob, Sentient Society & NUMERALS have begun to organize. This gives the isolated chillwave producer not only a chance to get their amazing sounds out to a much wider audience, but also connect with communities that actually appreciate their stuff, as opposed to posting it on Soundcloud and fielding comments from bros asking where the drop was.

That alone can be motivating for some of these producers. Luminance said it the best I think:

“I make the music I do because it helps me as an outlet with difficult times in my life and emotions, I never thought I’d have as much support and love as I do right now and it amazes me, the one thing I truly love about this scene is that we are all friends and help each other, it’s like even though we are from all around the world, we connect musically and it just blows my mind.” ~ℓuminance.

This brings me to another reason why I am so disappointed that these producers can’t get more traction. It’s some of the most inventive composition & mixing I’ve ever heard, and could open an entirely new window for electronic music to spread through society. This is the kind of stuff that movie soundtracks, bars, yoga classes and retail establishments desperately need. If I had to pick between the new single from Vassh or random Top 40, it wouldn’t even be a question.

At the end of the day, we need to realize that outside of those HEADLINERS in big letters at the top of the bill, producers are just passionate regular people, no different than your friends who listen to this stuff and go to parties. If chill out and downtempo music doesn’t have a home in the festival/club scene, the more likely it is people will go 4-7 hours without taking a break, not only increasing their risk for dehydration, but also ensuring that some will take more drugs to keep their energy up, which is never a good combination. We as attendees need to demand places to rest, and we also need to recognize the exceptional talent out there on the internet, making originals, collaborating for remixes and producing exceptional live sets that are made for headphones or quieter nights and sunrises. Show the producers I’ve mentioned (and others) some love, and vote with your dollar & feet. It’s the only thing we can do. Events won’t change until we make them change, and for our sake, I hope they do.