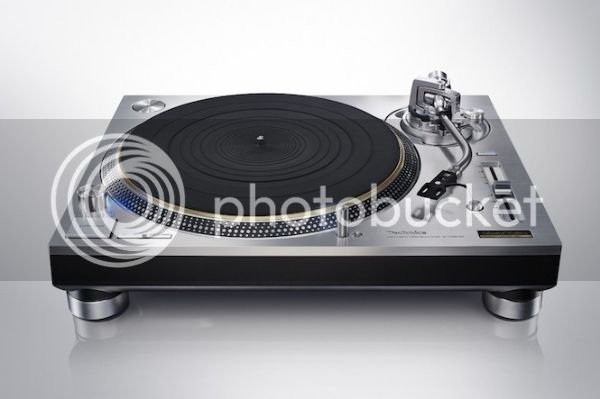 As vinyl sales have boomed over the past couple of years, it comes as no surprise when 300 units of the 50th Anniversary Edition Technics SL-1200 went up for sale yesterday, and were quickly snagged up in what should be a record-breaking 30 minutes (pun intended). This is quite an impressive feat for a product that’s currently retailing for over $4000 USD. Yet if you are an audiophile, snagging one of the 1200 bad-boys made by Panasonic is well worth the asking price.

Two versions of this new release exist, with the limited edition run (SL-1200GAE) being housed in Magnesium, and the non limited edition in Aluminum. The new versions of the SL-1200 will both include improved features such as a “high-dampening tonearm”, and a “three-layer turntable”, as well as a unique anti-“Cogging” system driven by “high-precision rotary positioning sensors guided by a microprocessor controlled system”. Impressive stuff, really.

Although the initial sale of the iconic turntable was held exclusively and domestically in Japan, the remaining 900 units of the Limited Edition run will still be up for grabs. The only catch is currently no one knows specifically when, or where, they will be available to purchase.

Learn more about the Grand Class SL-1200 here, or below.