It’s been almost five months since the Swedish powerhouse duo of Axwell Λ Ingrosso released the instrumental of their impending, “Dream Bigger“, single. It was a New Year’s Eve gift to their fans that they had made available on SoundCloud as a free download. It did come with questions though as everyone was wondering, “Where is the vocal version with Pharrell Williams?”. The rapper and producer extraordinaire who had featured one the Swedish House Mafia‘s 2010 hit single “One (Your Name)” had been featured on the duo’s most recent single that has been played live during their sets, but was not on the release on New Year’s Eve.

Well it looks like the guys will finally release the version with the catchy and at moments explicit vocals by the ‘Happy’ Pharrell Williams after all. Axwell Λ Ingrosso had revealed on Discover MTV ‘s Snapchat, they will be exclusively streaming the preview of the vocal version of “Dream Bigger”. Check out the snap below and follow Discover MTV to watch the preview of the vocal version featuring Pharrell Williams in “Dream Bigger“. 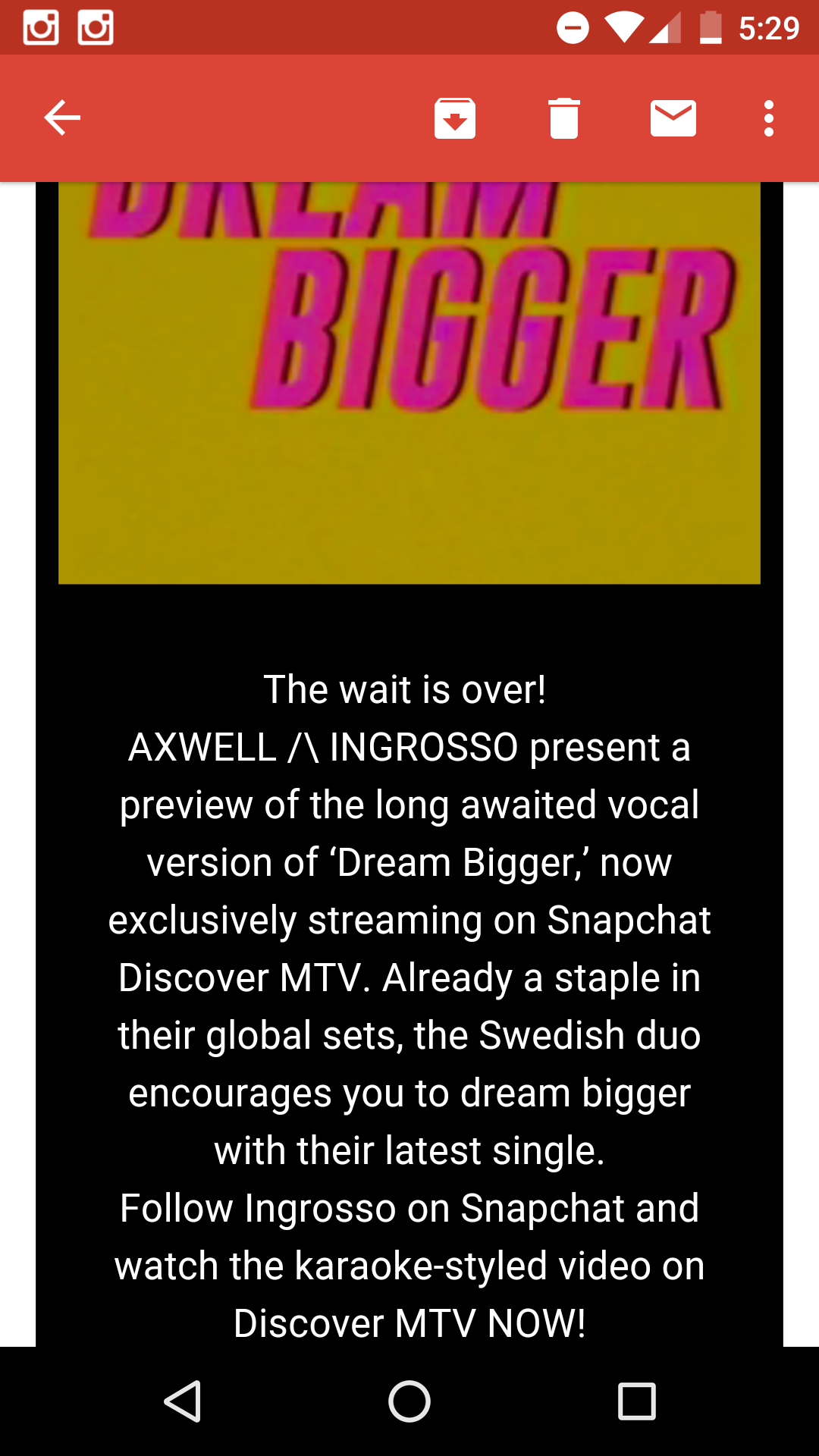