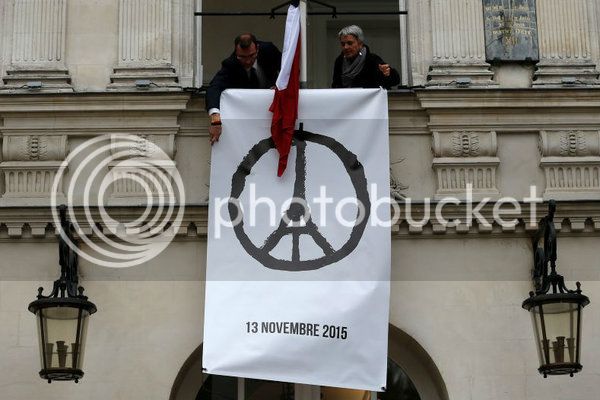 When the world is struck by tragedy, how we act in response to terror and evil is crucial to the continuance of human life. As everyone knows by now, Paris is just one of many countries that has unfortunately been attacked by the militant, heartless terrorists of ISIS. Their efforts to belittle the people of France proved a failure as a major outpour of support and love for Paris has been circulating the globe.

Part of that strength and love comes from within the beautiful city itself: in a joint statement, three Paris nightclubs vowed that, “no one and nothing will stop Paris dancing. Music, dancing, sharing, meeting, social bonds and diversity are values that we carry and that these terrorists have targeted for destruction.” La Machine Du Moulin Rouge, Batofar and Rex Club are just a few of many nightclubs in Paris that are taking a stand and fighting back against the chaos.

In addition to their dancing comrades, Social Club, A La Folie Paris, Badaboum, Concrete, Djoon, Faust, Glazart, Gibus, Java, Le Queen, Showcase, Virgo, Wanderlust, YoYo – Palais de Tokyo and Zig Zag will all reopen this week. It’s also worth noting that there were rumors suggesting that a techno party in Paris hosted by Adam Beyer and his label Drumcode was being targeted by ISIS.

The attacks on Le Bataclan cannot and will not stop the French people from doing what they love. Check out this moving tribute video below, which is set to Daft Punk’s “Around The World”. Dance on, Paris.