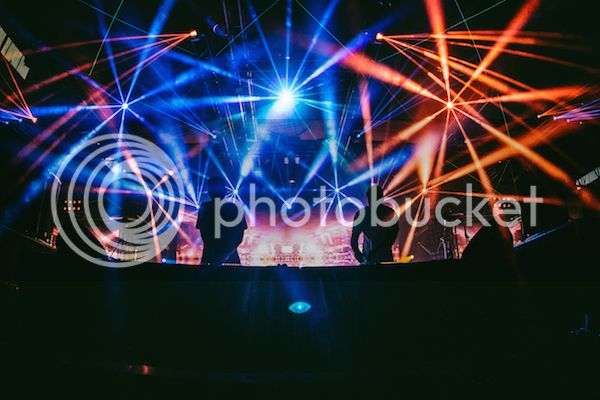 Odesza is an innovative electronic duo that is known for their exceptional live performances. While many electronic artists are content to perform a DJ set, Odesza incorporates live instruments to put on a unique and multidimensional performance. At Coachella, Odesza took this one step further by adding the University of Southern California Marching Band to their show. The band is widely considered the best in college football and appealed to the local fans at USC. Odesza used the band to help them introduce their unreleased track to the thousands in attendance at Coachella.

The song had been debuted recently while Odesza was touring, and fans are calling the ID, ‘Get Up’. The song begins calmly with an introduction that is intended to lull you into an unsuspecting daze. Odesza than hits you with an orchestral, RL Grime-esque trap drop that will blow you away in both its sheer sound and how it differs from a typical Odesza production. Odesza just dropped an absolute banger that is a refreshing change of pace from their usual soothing and sun-kissed sound. We can now only eagerly wait for its official release, but be sure to check out the rip from Coachella below or their full set here.