Home Events Hop On Board A Magical Train To TomorrowWorld

ID&T really tries to make the entire experience of their festivals as special and encompassing as possible. From the stage design to the transportation to the tickets and wristbands, the festival promoters want their attendees to feel as if they are escaping reality to enter a fantastical world of their own. Just as Tomorrowland has their own plane to transport fans to the festival, TomorrowWorld has just added to their array of transportation options with the Magical Train Voyages.

Partnering with Amtrak, TomorrowWorld will be running a train on The Crescent Line that will pick ravers up at dozens of locations, including New York City, Philadelphia, Washington DC, Baltimore, New Orleans, and take them to their final destination at the Atlanta Peachtree Station. Now that festival-goers can buy their tickets on a payment plan as well, the Magical Train Voyage makes TomorrowWorld just that much more affordable. You can check out the Magical Train Voyage details in full here and grab your ticket for TomorrowWorld 2015 here.

For those of you that missed out on the madness last year, here’s the aftermovie for TomorrowWorld 2014 to maybe persuade you into grabbing your tickets for this year’s festival sooner rather than later. 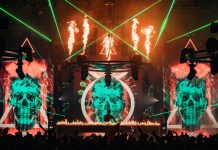 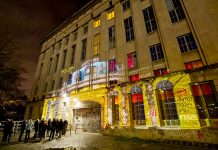