Remember when Disclosure performed ‘Latch’ on Jimmy Kimmel Live a couple months ago and even brought Sam Smith in on the action? Well, it looks like the fun didn’t stop there, as the British duo was joined by another one of their famous friends, Mary J. Blige, to perform their hit ‘F For You’ on the same show. Guy and Howard Lawrence have become one of the must-see acts in the world of electronic music and as you can see in this video, their unique live show combined with stunning production are even impressive on television. One of the reasons this video may seem so refreshing to you is due to the fact that the guys have eased up on touring as of late. With their forthcoming Disclosure album currently in the works, as well as assisting on Mary J. Blige’s new album, it is hard to blame them for a lack of live appearances. Along with ‘F For You’, Disclosure also took the Kimmel stage to perform their song ‘When A Fire Starts To Burn’, which you can watch down below. 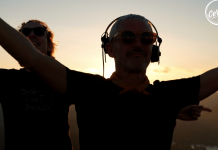