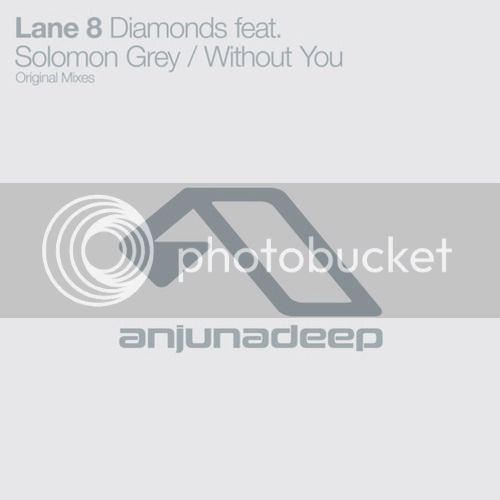 San Francisco native and one Anjunadeep‘s fastest rising stars, Lane 8, is going into the back half of 2014 with winds of great success in his sails. With numerous originals like ‘Nothing You Can Say’, ‘I Got What You Need’ and ‘The One’, remixes for Above & Beyond, Eric Prydz, and Josh Record under his belt, earning TomorrowWorld’s esteemed title of ‘Artist of Tomorrow‘, and laying down an inspiring mix along with his Anjunadeep colleagues at TomorrowWorld, he’s taken the deep house world by storm.

Two of his originals landed spots on Anjunadeep’s latest (and massively successful) compilation, ‘Without You’ and ‘Diamonds feat. Solomon Grey‘. Diamonds was premiered on BBC Radio 1 by Annie Mac and was a stand out track on Anjunadeep 06. Now we finally get to hear the track in all its unmixed glory.

Diamonds begins with a plucky and percussion beat, with some retro elements, and quickly ascends into an uplifting build up supported by cascading chimes and the introduction of a thumpy bass. The initial bridge leads into Grey’s soothing voice and a deterioration of the tracks initial elements; the melody is carried still by the soft and somewhat raspy vocals, which are snuggly surrounded in simple piano chords and drawn out background synths. In Diamonds, Lane 8 constantly brings instruments in and out to create a sense of fullness and growth.

This beauty of a track will release on Anjunadeep on November 17th, but we highly recommend you stream it now, with the link above. Enjoy.