After a very well received first single off of Porter Robinson’s first studio album, Worlds, had fans waiting in pure anticipation to hear what his second single, “Sad Machine” would sound like. “Sad Machine,” much like “Sea of Voices“, takes a more musical feel than Porter’s past productions.  Both sets of vocals were done by Porter himself, using a production software known as Vocaloid to change the sound of his voice in a way that makes it sound truly one with the instrumentals. Porter stated that the song is supposed to paint a portrait of a human boy and a robot girl encountering one another, also claiming that he was going for a “distantly sad [and] hopeful” feel. The listener can really feel the coldness of the song, yet the connection of the two sets of vocals -seeming as if preformed by two different artists with a real connection – create a unique sound that is not being done anywhere else in dance music (if we want to keep calling Porter’s music dance music at this point, it’s really more electronica at this point). 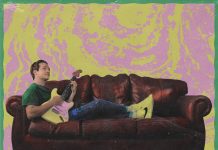