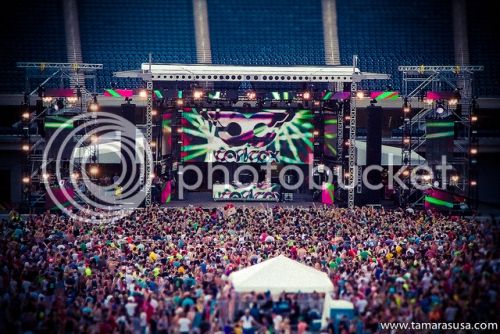 Chicago: The birthplace of house music. So where have all the EDM festivals been? It’s a question, that as an avid EDM fan and Chicagoan, I had been asking for a long time. React stepped up to the plate last year with the inaugural Spring Awakening Music Festival. It marked the first full EDM festival in Chicago ever. And wow, did they do it right. 75,000 fans, 5 stages, and a main stage atmosphere taking up the whole playing surface at Chicago’s famed Soldier Field. It provided an atmosphere unlike anything I’d ever been a part of, and I’ve been to many a music festival. The crowd partied hard enough to make up for the 20+ years Chicago EDM fans had been waiting for an event of this magnitude. React has a lot live up to after last year. They are more than ready to not only live up to the hype, but to top it with this year’s festivities.

Here are 3 reasons why Spring Awakening this year will be a must see event: