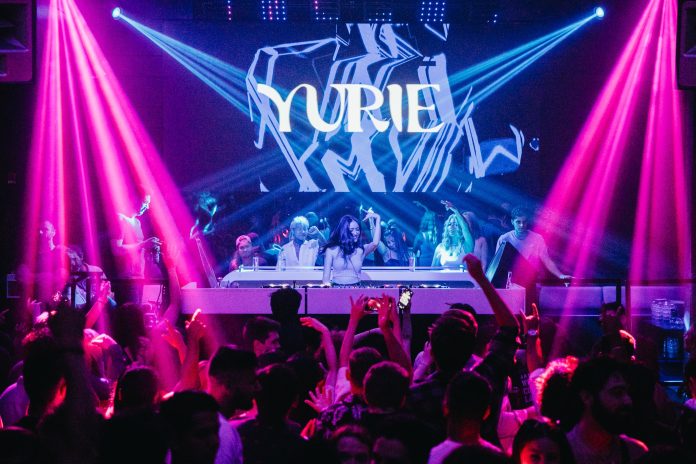 Fresh back from being one of the official FIFA game DJs, Canada’s own Yurie teamed up with her friend from the States Matthew James to bring us this brand new melodic tech house record to kick off 2023 on the right dancing foot. Combining their own signature styles, ‘All I Want’ comes at the listener with a dark, groovy bassline and aggressive percussion accompanied by an alluring original vocal from none other than Yurie herself. Originating from the minds of two club-experienced DJs, this is a record you’re going to want in your own sets and on your playlists for sure!

Coming up as a DJ in NYC’s nightlife circuit, Matthew James developed a taste and skill for writing house tracks specifically tailored for the club. Rolling bass lines and driving percussion to accompany catchy vocals and classic sampling techniques to create a unique sound of hard-hitting house tracks infused with 90s New York City hip hop. With releases on WyldCard, Force of Habit, High Definition, and more, you’re bound to hear one of Matt’s records on your next adventure onto a dance floor.

Yurie is bringing a new sound to the house music scene. Her originals cross a multitude of genres – from piano house to jackin’ to tech house, her rolling basslines, groovy percussion, and dynamic energy results in her signature sound and has also led to this Vancouver-based artist to release tracks on Black Hole Recordings tech house imprint Force of Habit, Hood Politics, and Purple Tea Records resulting in Spotify Editorial features, an invite to be an official DJ for the 2022 FIFA World Cup, and a feature in an International Women’s Day campaign for Nike and Size?. A force to be reckoned with, Yurie has warmed up crowds for world-renown acts such as Diplo, Chris Lake, and Clayton to name a few and has started to make a true name for herself in the dance community.