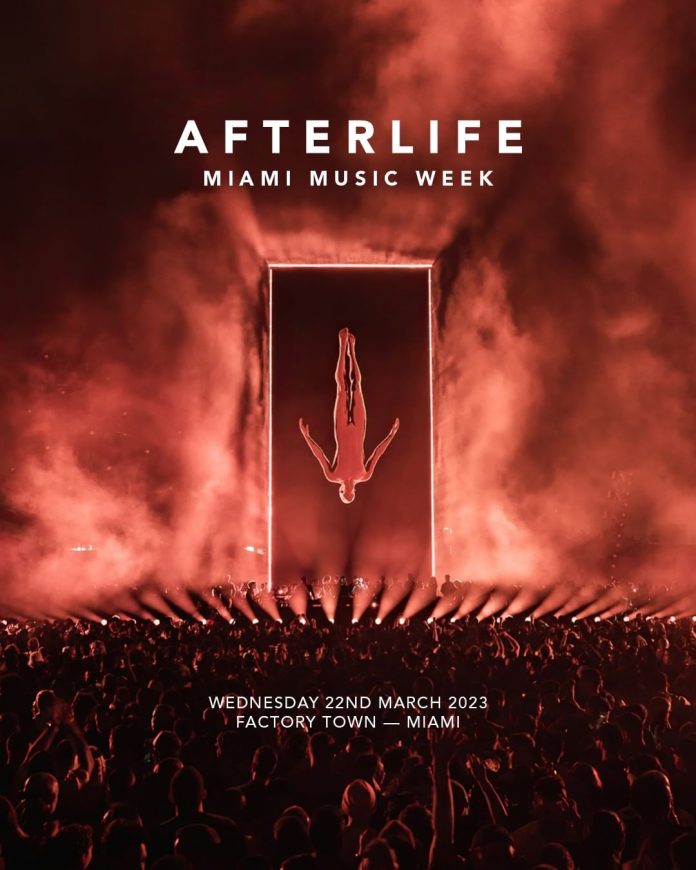 The label will take its spellbinding production to Miami for this year’s musical season, after debuting Afterlife in Miami during Art Basel in December.

After being -quite literally- around the world delivering immersive experiences for their listeners, Afterlife, one of the leading melodic techno record labels out there, has just announced they’ll land on American ground for Miami Music Week (MMW). The event will be held on March 22nd, 2023, in Factory Town, a former mattress factory reimagined for the busy nightlife of one of the most famous cities in the United States.

Afterlife has been on fire in recent years with artists like CamelPhat, Kevin de Vries, label founders Tale Of Us and even Eric Prydz giving it attention. According to beatportal.com, they were the 3rd best-selling label on Beatport (source). They also keep bringing fresh music out to the public in places like Ibiza, New York City, London, Beirut and Tulum along with hosting a stage in Tomorrowland.