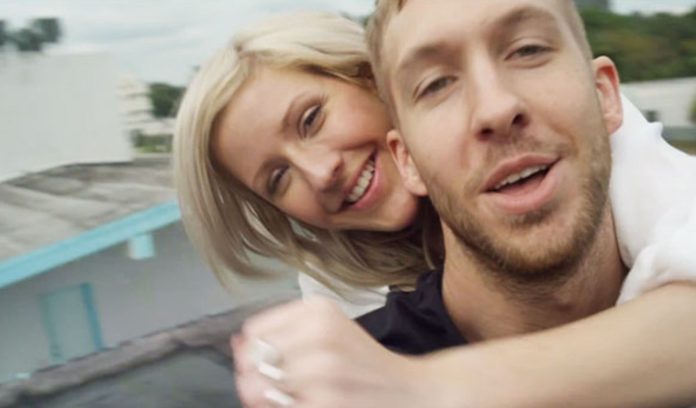 Looks like EDM fans are in for a treat as Calvin Harris and Ellie Goulding have reunited in the studio! On Thursday, Calvin Harris took to Twitter to share a studio photo with Goulding. The photo was simply captioned “back in the studio with Ellie Goulding!!” alongside a CD emoji. The pair previously delivered hit tracks with ‘I Need Your Love’ and ‘Outside’ back in 2012 and 2014, respectively. Firstly, ‘I Need Your Love’ hit No. 16 on the Billboard Hot 100 and was a key track within the “Golden Era” of EDM. Secondly, ‘Outside’ reached No. 29 on the Hot 100. Now, the duo is set to recreate this magic a third time. As fans of them both, we can’t wait!

Ellie Goulding has also been featured on tracks by other EDM heavyweights like Skrillex, Major Lazer, and Seven Lions. The timing of this studio reunion is noteworthy as it comes just two days after it was announced that Calvin Harris will be returning to Coachella for the first time since 2014. With Harris’ 2022 album Funk Wav Bounces Vol. II featuring a star-studded lineup of collaborators, it’s exciting to see what he and Goulding have in store for us next. In conclusion, the original tweet can be found here.