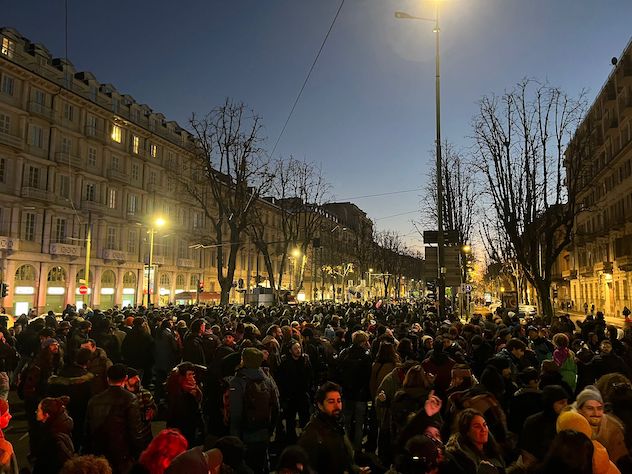 This past weekend, thousands of Italians took to the streets to protest “anti-rave” legislation. The new Article 633 is set to be enforced starting in the new year. The new law is designed to prevent the occupation of an empty field or building to host raves or other types of entertainment. Quite lame if you ask me.

The new statute also allows the surveillance of groups who are suspected of holding these unauthorized events. Bascially, if you are going to throw one of these, you have to go super underground now. The Protest was promoted on social media with the hashtag #smashrepression. They took place on Saturday, December 17th in Turin, Bologna, Naples, Rome, Palermo, and Florence.

They were coordinated by French and Italian sound system crews, including CSOA Officina99, Nameless Sound System, Hardcore Heroes Pirate, and Crazy Dub Salerno. Santano Viperillo, who runs events at Naples club Duel had this to say:

“It’s important to take a stand against this legislation and make sure the voice of the rave community and all other underground music communities is heard loud and clear…We want a return to normality that allows us to have a nightlife without fear of oppression.”

In Turin, over 2,000 people were on the ground protesting. In total, there were estimated to be 50,000 around the country. Music was playing and everyone was dancing together. Citizens believe the new laws are aimed at suppressing marginalized communities. The growing arsenal of laws is gradually taking away their freedom.

The law was triggered last month by Prime Minister Giorgia Meloni’s new right-wing government after the authorities were ordered to shut down a Halloween rave in Modena. They seized sound system equipment valued at €150,000 and 14 people were placed under investigation by the prosecutor’s office.