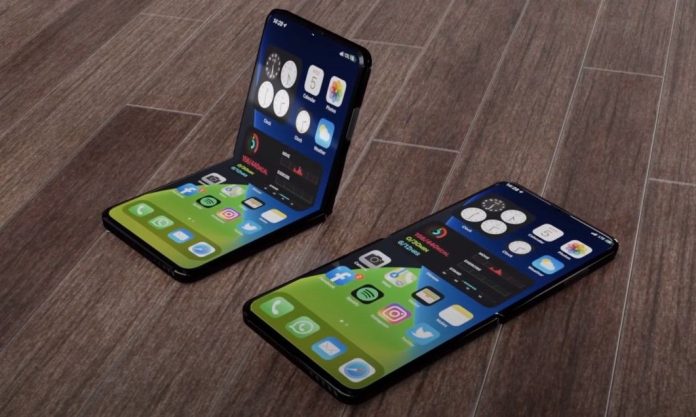 Samsung is preparing the fourth generation of its foldable screens, and it may have just leaked the fact that Apple is preparing its own foldable soon too. Surprisingly, Apple has plans to launch an iPad capable of folding instead of a foldable iPhone.

According to The Elec, a Korean media, Samsung representatives met with suppliers and later discussed the state of the smartphone market. There they commented that they expect Apple’s arrival with foldable in 2024, although not with an iPhone, but with a tablet. It could not compete with the sixth generation of the Korean company’s Galaxy, but it would even develop a laptop of this type.

However, the rumors of Apple’s foray into this technology are not new. Last October, CCS predicted the appearance of a foldable iPad, the company’s measure against the recent trend of smartphones that fold without affecting its best-selling product’s iconic design. Also, the research company claimed that launching a foldable iPhone would be super risky at this point and that it would make more sense for Apple to experiment with this technology in a new iPad.

In addition, it meets the need of several users to take their tablet to various places without the need to carry a backpack or have the painful need to leave it at home, because it is not a device that can be carried in your pocket.

Samsung estimated growth of approximately 80% in foldable phones in 2025, considering that several users of this type of smartphone consider buying another one in the future. In 2021 the sale increased to more than 10 million, although this is negligible considering the smartphone market, this meant a growth of more than 300% from 2020. The leading brand in this sector is Samsung with its models Galaxy Z Fold and Galaxy Z Flip.