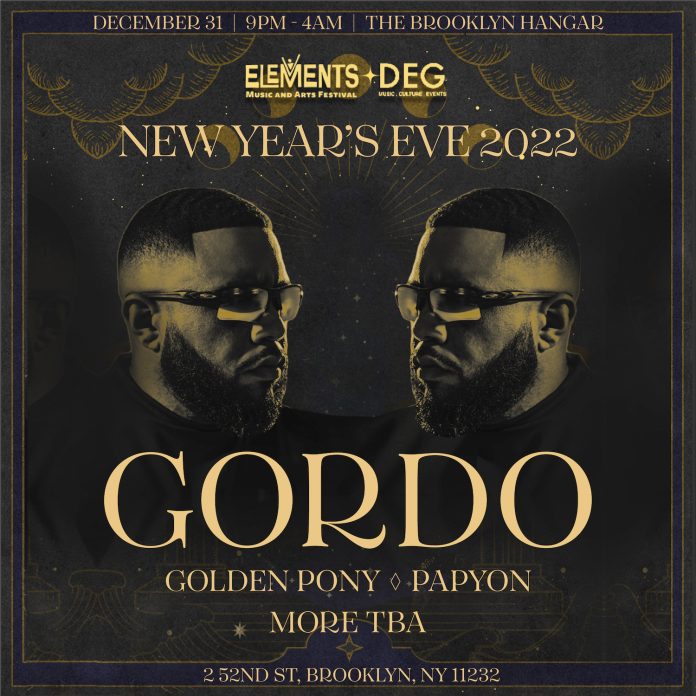 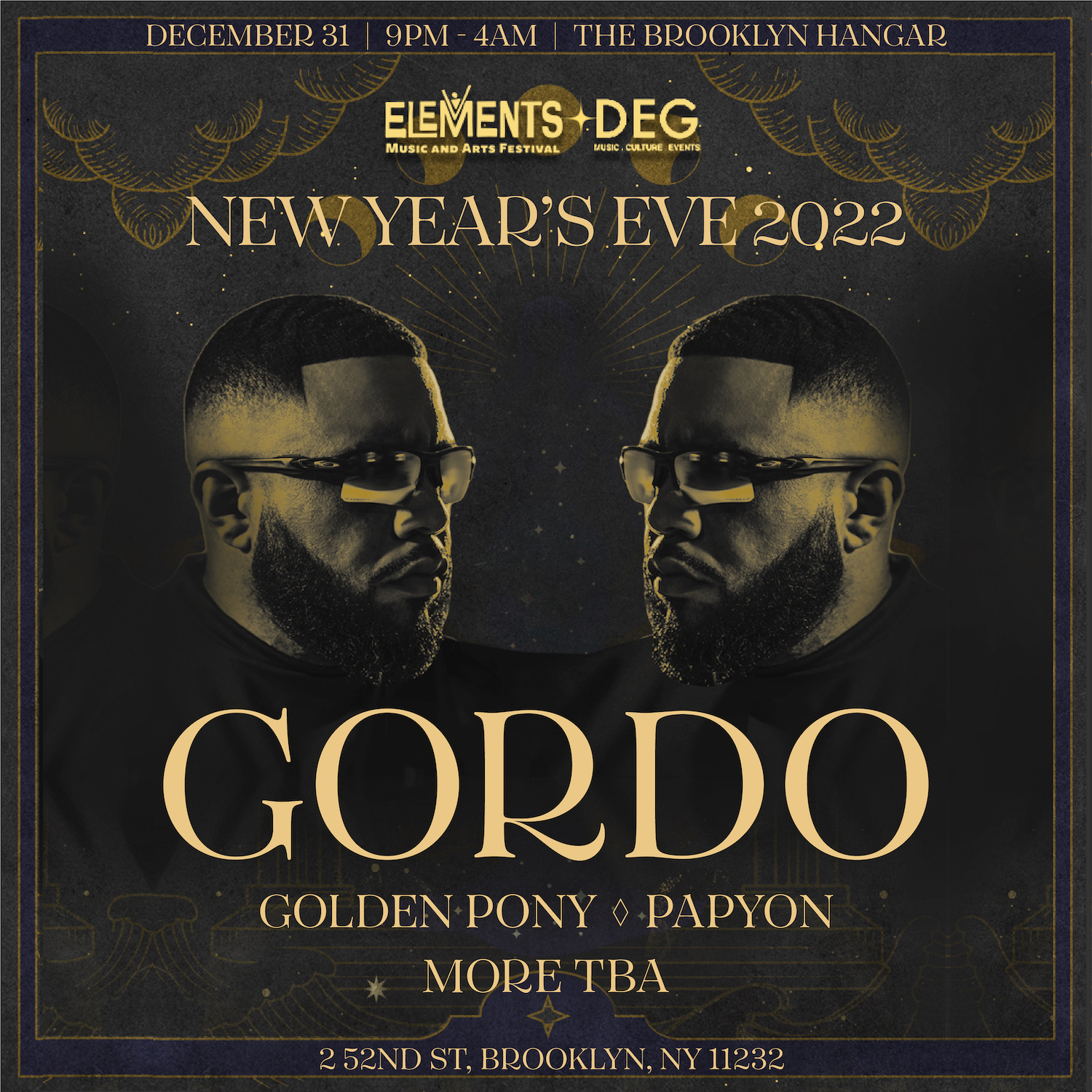 Mark your calendars, as GORDO, recently crowned the world’s highest ranked Hispanic by DJMag, has set his sights on the notorious Brooklyn Hangar this New Years Eve. The leading Guatemalan DJ, formerly known as Carnage, is set to welcome the New Year in the only way that he knows how, rejoicing with fans over his smooth and sexy modern club style. A collaboration between the creative minds behind Elements Festival and DEG Presents, the memorable night of musical bliss will also find support in performances from Golden Pony, Papyon, and more. Don’t drop the ball, as tickets to GORDO’s massive New Years event are sure to sell out fast.

Following a year of highlights, including being crowned #1 producer on Billboard’s Hot 100 producers, producing nearly half of Drake’s ‘Honestly Nevermind’, a Latin American tour visiting countries such as Venezuela, Brazil, Colombia, Peru, and Mexico, and selling out solo shows across the globe featuring extended sets, GORDO is set to end the year the only way he knows how at yet another iconic venue.

Simply put, The Brooklyn Hangar has quickly established itself as New York’s premiere clubbing institution, having hosted everyone from Tiësto and Loco Dice to Oliver Heldens, Danny Tenaglia, and even Skrillex. Between the venue’s short-yet-storied history, 15,000 square foot floor plan, and its ability to attract a uniquely dedicated fanbase, The Brooklyn Hangar is the optimal place for GORDO to throw down a New Year’s take on his distinctive brand of sizzlin’ beats. Pair this with the visionary production and immersive decorations of Elements’ creative team, and it’s quickly clear why this New Years Eve party is being billed as one of the year’s tour de force events.

Whether you’re a future fan looking to dabble in your first clubbing event, a VIP hoping to impress– or both, The Brooklyn Hangar is the place to be this New Year’s Eve. Celebrate the new year with GORDO, Golden Pony, and Papyon as they drop beats alongside Time Square’s infamous ball.