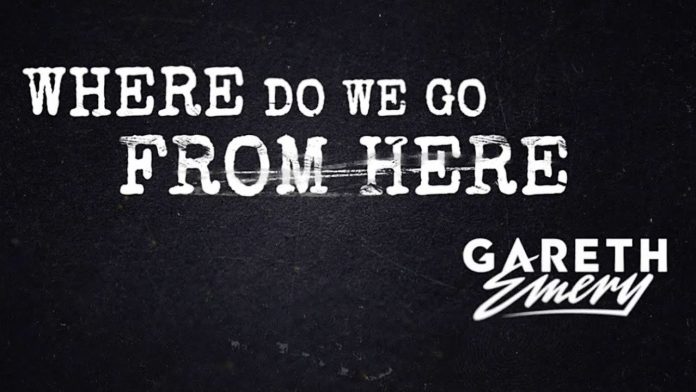 Gareth Emery‘s 2022 LSR/CITY show closer ‘Where Do We Go From Here‘ is out now along with a captivating lyric video on YouTube. The trance guru is about to release his new album ‘ANALOG’ to the world, his last album as Gareth Emery.

The unreleased album already has 9 singles ahead of it. ‘Where Do We Go From Here’ is a tasty treat right before the grand release.

Inside the final ‘ANALOG’ single

Gareth’s new single starts with a beautiful piano melody that showcases his talent on the keys. A male monologue joins the keys reassuring the audience that things are not over, using these words:

“It’s getting dark, and we’ve reached the end
We’ve come a long way together, you and me
But I’m looking at all the colors in the sky
As the sun is setting over the horizon
And I’m feeling like
This is the end of an era
The end of an old era, and the beginning of a new one
And that’s OK
So be in the now
Feel the last touch of light as the world turns again
Sense the cold chill of the wind against your skin
Watch the lasers dancing through smoke on a stage far away
Feel the bass, racing across the desert night
Tonight is tonight
And tomorrow, we’ll wake up and ask each other:
Where do we go from here?”

After the message fit for this “last album”, the new track gives the listener its first trance drop. The drop includes a signature trance bass and epic melodic lines talking to each other. A female voice singing “you and me” carries the listener through the euphoric drop. The male monologue comes back for a final message delivery. Listen and hear that message from the final ‘ANALOG’ single below.

Gareth Emery has kept his image at the top of the trance community for many years with his talent. His live productions of instruments, lasers, and trance have made it all across the world. He makes constant appearances at festivals like EDC, Dreamstate, Ultra, along with many others. His final album ‘ANALOG’ and ‘Where Do We Go From Here’ will join his long discography of EDM classics.

Listen to the track now on Spotify.