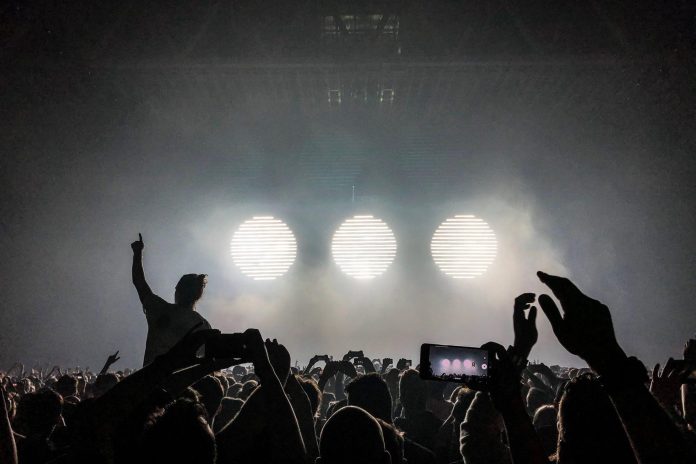 SHM cancels five more shows due to irreparable damage during a load-out after their Milan show. The trio took to Instagram to share this devastating news, luckily none of their crew was injured. It’s disappointing news for fans who were hoping to attend the shows in Zurich (Oct 19), Krakow (Oct 21), Prague (Oct 22), Cologne (Oct 25) and Munch (Oct 27). They have promised to be back on their tour as planned from Antwerp on October 29 and onwards.

Swedish House Mafia has spent this year making their return releasing their debut album along with their first world tour in nearly a decade. The Paradise Again world tour has been jinxed as they cancelled shows earlier this year due to rumoured low ticket sales.

Nonetheless, SHM has had an exciting year with their collaboration with IKEA to launch a home wares brand. The trio had an explosive Coachella comeback headliner show and a sold out LA show at the Banc of California Stadium where they continued their live performance in pouring rain.

We are hoping this is the last of a series of cancellation announcements for the tour. It appears as though the cancelled shows will not be made up and SHM will be moving forward with the last leg of their tour as planned.

For those catching the last of the shows, here’s to grooving to their new track in collaboration with Alicia Keys. The track has become viral after the San Francisco debut and fans can’t wait for the official release.

Swedish House Mafia continue their tour in Antwerp, and check out the remaining dates here.