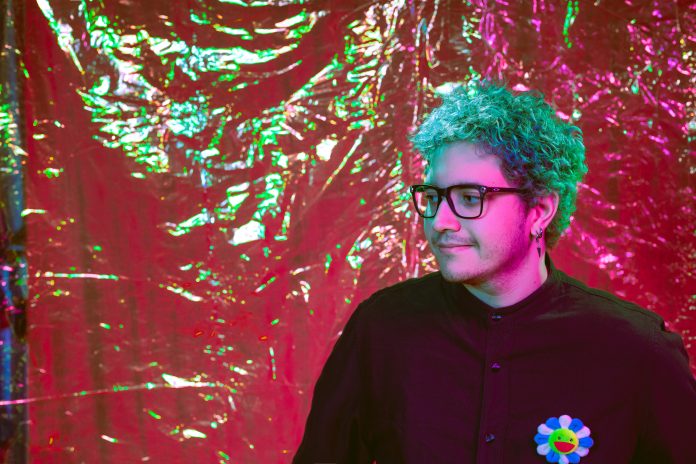 Slushii is dropping his first NFT collection on LimeWire.

The collection will include an unreleased single, early access to the Slushii x LimeWire merch drop and a digital art piece. The song is called “Sending My Love” and it was produced alongside Metro Station singer Mason Musso.

This is a limited edition collection and fans will not be able to find this song on other platforms.

The track is an ode to a nostalgic era of the early internet when both Slushii and Musso were using the old LimeWire to find new music. This drop should appeal to Metro Station fans as well as the band has been on hiatus for a few years now and this is the first music from them in some time.

The three unique designs of the NFT artwork were illustrated by Slushii’s collaborator Santiago. But it was Slushii who drew the sketches of the artworks on his iPad and sent it over for finalisation.

“The magnifying glass to me represents the experience of researching a song and finding music through LimeWire. You would end up finding more music apart from the one you were looking for, especially techno remixes. The Eiffel Tower is an excuse to have Slushii monster painting the LimeWire logo in a very artsy fashion. The iPod is definitely on the nose, homage to the LimeWire days and downloading music”

The sweatshirt that comes with the collection has never been released before. But holders will get early access to purchase this exclusive limited sweatshirt.

“It’s a fusion of two brands that mean a lot to me: Slushii and LimeWire. LimeWire was my very first curation tool for making playlists, mixed with the old iTunes software. It was the catalyst to making playlists and creating lists of songs. I was only 10 years old when LimeWire was a thing and that’s when I started downloading music, and I think it is a really important milestone in my life and it’s really cool we were able to create official merchandise out of it”

This is the first collection Slushii is doing on LimeWire, but fans can expect even more exciting projects lined up from the EDM superstar in the future.