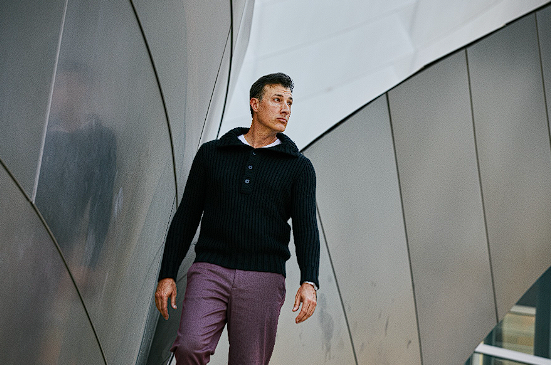 From the first note played to the final master, Rich Fayden tends to keep it simple
and let the vibe control the direction. Coming off his last single, called “Forever
More”, which has garnered close to 1 million streams on Spotify in only a couple of
months, Fayden has jumped into the remake world. “Don’t Be Cruel” is remake of
the late 80s classic song by Bobby Brown, known for his mid tempo lyrically
aggressive driven songs. With an appreciation for such songs, Fayden felt this was
the perfect song to remake and bring into 2022.
Hitting the studio is always a fun practice and something Fayden does often and
with much intensity. Often collaborating on high profile songs for many major label
artists, it comes at no surprise that the same energy would be brought into this
project. Making sure to keep the vibe of the original song, it was a challenge but
something Fayden was not only up to but ready to take to another level. Starting
with a bass groove and building on that to find the perfect synth and then following
that with a pitched down vocal, lead to creating one of the most iconic remakes of
the past several years.
Gangster slap house, this style of production is rather new but finding huge success
amongst some of the biggest playlists on Spotify. Over the past several years we
have seen some of the biggest producers and artist create Slap House projects with

huge success across multiple streaming platforms. With this new project Fayden
has made sure to stick to the original melody of the song but with a vocal that has
been pitched down to give the track a much more dark vibe. As the song progresses
you can start o understand the direction, with a synth drop that opens up the track
and really get the listener hooked.
Looking forward to the New Year, Rich Fayden has his sights set on continuing to
create iconic tracks, either remakes or originals. Focusing on the key factors that
have shown to make songs memorable, keeping to a simple melody and not over
producing. “Many artists often fall into the trap of trying too hard to create
something they believe the listener will be drawn to when in fact they should be
following their gut and staying true to themselves”, says Fayden
Get to know more about Rich Fayden through his  Twitter ,
Facebook,  Instagram , Spotify, and  Website .