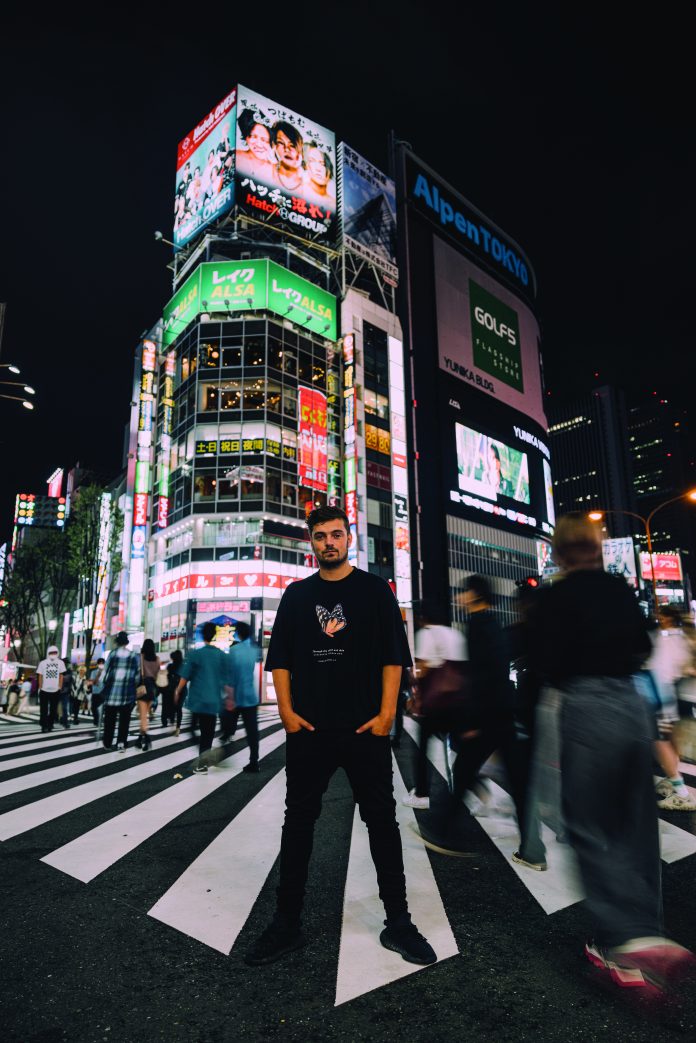 Martin Garrix has been voted The World’s No.1 DJ in DJ Mag’s Top 100 DJs poll 2022. The Dutch DJ and producer marked the occasion in historic fashion as he became the first artist to DJ from the top of the iconic Empire State Building, as the centrepiece of a reimagined Top 100 DJs Awards Show broadcast. The prodigious young Dutchman — still only 26 — broke through onto the scene in his mid-teens via his proto-EDM tune ‘Animals’, and scooped the Top 100 DJs crown in 2016, 2017 and 2018. He reclaims the top spot from his great friend and mentor David Guetta, who has held the No.1 spot for the last two years.

An artist who transcends dance music, Garrix has collaborated with Dua Lipa, Usher and Bono and The Edge from U2 in addition to showcasing his own productions and those from his label STMPD RCRDS at festivals and clubs across the planet. This win — his fourth — takes him above David Guetta and Tiësto in the all-time DJ popularity stakes, putting him second only to Dutch trance DJ Armin van Buuren, with his five No.1s.

“I’m very grateful for everyone taking the time to vote. Being back at number 1 again feels very surreal and I’ll never ever take your support for granted. Thank you. I hope you all enjoy the stream we recorded. Playing my music on top of one of the most iconic buildings in the world was very special. Music has brought me to many crazy places, but this is definitely high up there.”

The switch to a broadcast event marked the end of a decade-long partnership with AMF, which had seen the winner of Top 100 DJs presented on stage at the Amsterdam festival. The reworked broadcast format allowed DJ Mag to better represent the diversity of the dance music scene while also positioning UNICEF, the official charity partner of Top 100 DJs, front and centre. Viewers to the show were invited to support UNICEF’s Children’s Emergency Fund, which helps children affected by disasters and conflict, wherever they are, whenever crisis hits. You can donate now at unicef.uk/djmag. More than 1.3 million people, from 234 different countries, voted in this year’s poll cementing its place as the largest publicly voted music poll in the world.

With Martin Garrix at No.1 and David Guetta at No.2, Belgian brothers Dimitri Vegas & Like Mike rose back to No.3, retaining their position as the highest DJ group in the chart. Brazilian bass phenomenon ALOK is at No.4, the highest Latin American DJ, and Steve Aoki is up three places to No.7 as the highest North American DJ in the poll. The same 10 DJs are in the top 10 as 2021, with Timmy Trumpet up one place while remaining Australasia’s highest DJ, and Don Diablo claiming the Highest Future House DJ award despite falling two places. The ever-consistent Afrojack is a non-mover at No.6, and Oliver Heldens remains in the top 10, despite also tumbling two places. Half of the top 10 are Dutch, illustrating the dominance of the Netherlands on the global EDM scene.

In the chasing pack, Brazilian house music party-starter Vintage Culture is knocking on the door at No.11, up a healthy six places, making him The World’s No.1 House DJ, while the World’s No.1 Techno DJ — Charlotte de Witte — is up nine places to No.14 and must surely be a contender to break the stranglehold that male DJs have had on the top 10 places in recent years. The Belgian DJ/producer has had another huge year, as has the second highest techno DJ — Carl Cox — who is up a healthy five places. Also in the top 20, Calvin Harris, Tiësto and Fedde Le Grand are all non-movers, while Alan Walker is back in the top 20 at No.17 — up five places. Nicky Romero is also back in the top 20 for the first time in a number of years — the Dutchman is up six places.

Outside of the EDM world, Peggy Gou is up 14 places to No.24, and GORDO is up 12 places to No.25. After a highly successful Ibiza season with his Paradise parties at Amnesia, Jamie Jones is one of the highest climbers — up 18 to No.32 — while the actual highest climber is Black Coffee, who helmed the Saturday night at Hï Ibiza for the whole of the 2022 season and is rewarded by climbing 29 places to No.39.

There are six re-entries into the chart this year, most notably former winner Hardwell who came back into the fold with a triumphant set at Ultra Music Festival in Miami in March and a number of other huge shows after four years off. Italian techno star Deborah De Luca is back into the chart, as are Swedish House Mafia after further headline shows this year. Lucas & Steve, Solomun and Jay Hardway are also back in the chart now, having all dropped out in recent years.

Reinier Zonneveld is the highest new entry in 2022’s poll, placing at No.49.The Filth On Acid boss is streets ahead of the next highest new entry, former Geordie Shore star Joel Corry, who is now the fifth highest UK DJ act in the chart. Other new entries include Honey Dijon, Dubdogz, Maya Jane Coles, and The  Martinez Brothers, who squeeze in at No.100.

Hardstyle has taken a bit of a hit this year. Angerfist is the Highest Hard DJ once again, although he’s down 17 places, and Miss K8 is down 36 places to No.89. Brennan Heart at No.68 (up five) is the only other hardstyle DJ remaining in the chart now. Other significant climbers in the Top 100 DJs include tech-house showman FISHER, who is up 29 places to No.48; Cat Dealers (up 19 to No.66); and KAAZE (up 13 to No.70).

In addition to the voted-for awards, DJ Mag also presented two editorial choice awards. The first — Future Star — was awarded to New York-born, Miami-based Layla Benitez who has impressed in 2022 with releases on All Day I Dream and Crosstown Rebels, a residency at Space Miami and sets across Ibiza.

The lifetime Achievement award was presented to Manchester legend DJ Paulette, who has been active as a DJ, radio and TV host, A&R and PR for over 30 years, in the thick of the action at crucial times in the dance scene’s development. From her early days spinning at Manchester’s pioneering LGBTQ+ night Flesh at the Hacienda to helping the Roni Size Reprazent album win the Mercury Prize, she’s been a positive presence and force for good as she’s helped spread quality electronic music around the planet.

The Award winners in full are below: