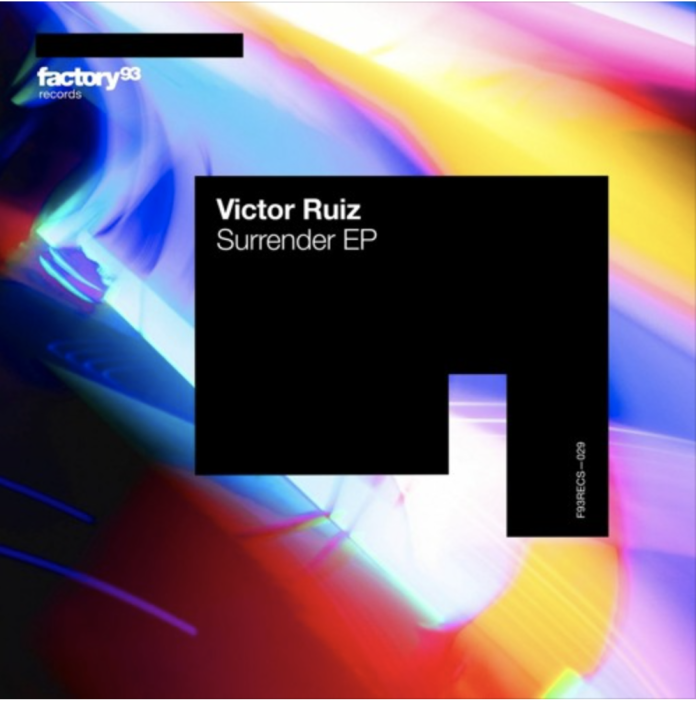 Victor Ruiz has a new EP titled Surrender out via Factory 93 Records. It consists of three tracks, beautifully produced with delicate sounds of techno. This follows the success of his Beirut EP. For Ruiz, music is the strongest form of art and something to experience in the most intimate way. The music he creates touches you just like this EP.

Firstly, the title track ‘Surrender‘ is hard-hitting from the start. His unique sound translates into this interstellar journey of the ears. Imagine floating through space as you listen to the kicks and drums. Next, ‘Nebula‘ graces your ears with gentle drums and bassline patterns. The melody is slightly melancholic but distributes a cosmic aura about it as it plays. It’s happy in tone and a pleasure to listen to. Lastly, ‘Supernova‘ exudes darkness, minor chords, and stuttering synths. This is where his powerful, personal minimal techno shines. From strange melodies to singular textures and strong/hard basslines, this is Victor.

With a Rock ’n’ Roll background, Ruiz hails from São Paulo, Brazil but is based in Berlin. A techno music producer introduced him to electronic music, and now he is known for his high-end quality productions. Gathering influence from heavy metal, techno, and motion picture soundtracks, his edits of classic songs are very popular. His performances are even better. He’s remixed for the likes of MOBY, Stephan Bodzin, and Dubfire and is one of the top-selling techno artists. He just finished touring South America and nis making his way back to Europe with a big smile on his face. Catch him touring all around the world, from big festivals, intimate clubs, big clubs, and intimate festivals.

Now, listen to Surrender below.