For the first time ever, MEDUZA and Vintage Culture collaborated to deliver the single ‘Under Pressure‘. The two acclaimed producers teamed up with vocalist Ben Samama to release a deep and melodic house track on the Tomorrowland Music label.

‘Under Pressure’ is a highly anticipated song that comes in the shape of a progressive and melodic blend. The song boasts mesmerizing melodies, sometimes deep and emotional, yet sometimes powerful and ecstatic. This is MEDUZA and Vintage Culture’s first official record together, bound to captivate dancefloors in gripping fashion. The song premiered at EDC Las Vegas back in May and has since appeared frequently in both artists’ sets.

‘Under Pressure’ gives listeners that delirious and intoxicating feeling throughout the entire run. It demonstrates both MEDUZA and Vintage Culture’s ear for a solid house production and combining their talents into one blissful output. The record is part of a collection of exclusive festival releases by Tomorrowland Music under this year’s festival theme ‘The Reflection of Love’, celebrating the return of Tomorrowland after three years by gathering some of the biggest artists in electronic music on Tomorrowland’s record imprint.

As stated before, ‘Under Pressure’ features Ben Samama as a vocalist. The Dutchman is a songwriter, producer, and obviously singer based out of Los Angeles. The combination of MEDUZA and Vintage Culture’s production with Samama’s voice will certainly bring the feels to listeners.

If you want to listen to MEDUZA and Vintage Culture’s new song ‘Under Pressure’, please click the play button below. The song is also available on all streaming platforms. 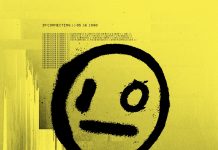 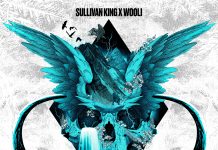 Sullivan King Reunites with Wooli for ‘Let Me Go’