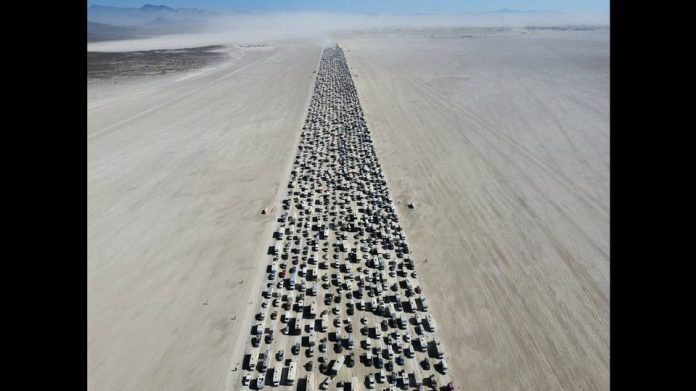 Burning Man is not for the faint of heart. The festival has been running strong since it was a little more than a bonfire on Baker Beach in the mid 1980s. It now boasts 80,000 attendees, and takes up more than a week in the Black Rock High Rock Desert of Nevada; just before Labor Day each year. The landscape is an unforgiving wasteland with 50 degree temperature swings that climb above 100, wild dust storms, and a piercing, hammering sun.

Burning Man draws artists and celebrators from all over the world. Large complicated installations are placed around the desert locale, affectionately known as “The Playa”. Musicians and DJs throw pop up concerts and raves. Chefs and connoisseurs develop elegant meals, and host massive dinner parties. It is a gift economy and a departure from capitalism. There is no money. There are no brands. And the whole event concludes with the burning of a large effigy which ends the festival.

This description is a massive oversimplification of what Burning Man is. To be honest, it’s deeply personal. Each individual who goes out into the desert has their own journey, their own experience, and you would be hard pressed to find a single definition that could summarize the crazy event that we humans have created.

Those who have never been scratch their heads at why anyone would do this and put themselves through this. And no such better evidence exists to argue against Burning Man than the exodus. In desert heat above 100 degrees. Cars, Trucks, RVs, and Airstreams waited in a 9-hour line of traffic to exit the playa.

It’s one consistent feature of the festival that is the same every year. And maybe its the thing we hold on to, to save us from the FOMO of not attending ourselves.