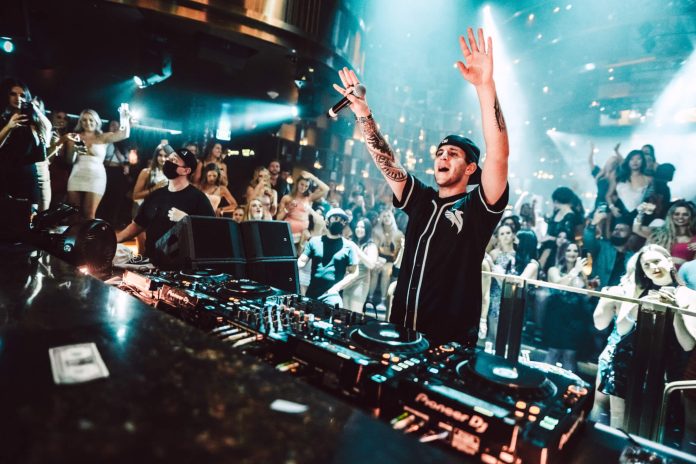 Labor Day Weekend is now officially less than a month away and TAO Group just revealed your plans for one of the biggest party weekends of the year. All the biggest DJs are touching down in Las Vegas the first weekend of September to perform at TAO venues along the strip.

Whether you prefer pool parties or posh nightclubs, TAO venues have you covered this Labor Day Weekend. Headlining the hottest new beach club in Las Vegas at TAO Beach Dayclub will be Alesso, Loud Luxury and The Kid LAROI. WET Republic at the MGM Grand will host parties by Martin Garrix, ACRAZE and Steve Aoki but if you are looking for a house music day out Marquee Dayclub will see performances by FISHER and Chris Lake.

To close out the night, you’ll need to head to one of TAO’s impressive nightclubs on the strip. World renowned venue, OMNIA Nightclub at Caesar’s Palace will feature performances by ILLENIUM, Kaskade and Martin Garrix. Hakkasan Nightclub will be hosted by Ludacris and Steve Aoki under the famous electric grid. If hip-hop is more your taste, JEWEL Nightclub will have parties hosted by Tyga and Lil Jon.

TAO Nightlife in Las Vegas has always featured some of the greatest talents in the world. This Labor Day Weekend, they put that on show as they bring you world-class performers all across their venues. Make sure to secure your tickets and table reservations HERE now before it is all sold out. This is one weekend in Las Vegas you do not want to miss. See below for a full list of events going on at TAO venues this LDW.