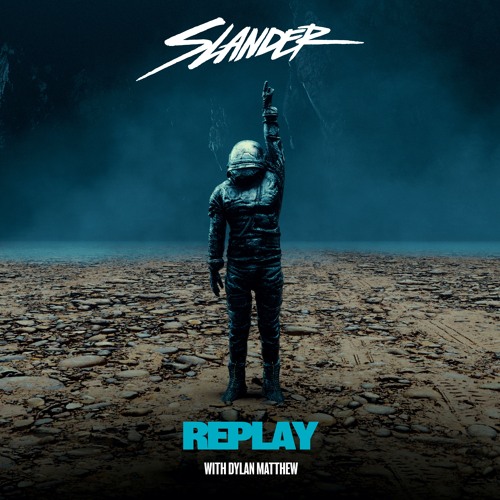 Iconic bass duo SLANDER dropped their third single from their upcoming debut album. ‘Replay‘ combines the smooth voice of Dylan Matthew alongside melodic bass and the rumble that characterizes the group’s productions.

When SLANDER debuted their new live show to over 18,000 fans during a two-night play at the Long Beach Arena in Southern California this past July, one track getting its first play out was ‘Replay’. This track serves as the follow-up to ‘Walk On Water‘ and ‘Halfway Down‘. It is the third single on SLANDER’s upcoming debut album Thrive – dropping September 22 in partnership with SoundCloud.

“We are so excited to reveal the third Thrive album single, ‘Replay’ with Dylan Matthew. We love this song so much, and we feel it is the perfect continuation of our story with Dylan. Look out for another album single coming near the end of the month!  We hope to see you guys on the Thrive tour!”

Dylan Matthew has a long-standing relationship with SLANDER. Together they have created passionate and uplifting vocal-driven electronic productions, including their global smash ‘Love Is Gone‘. The track has garnered more than 1.1 billion streams in worldwide consumption and has been remixed by some of the biggest names in EDM including Tiesto, Kaskade, and Armin van Buuren.  ‘Replay’ brings SLANDER and Matthew together for something cinematic and moving.

Listen to the track with your favorite streaming service here or down below!