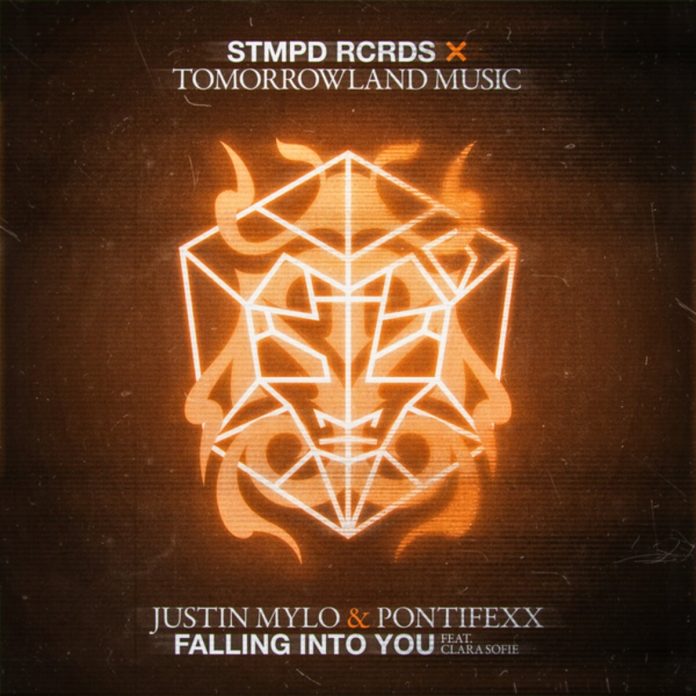 Justin Mylo has just released a brand new track called ‘Falling Into You’ and it just might be his best work of 2022 so far. It’s unbelievable how the 26 year old DJ and Producer from Amsterdam is able to balance his incredibly packed tour schedule all while cranking out top tier tunes. This latest release is a collaboration with Pontifexx and Clara Sofie on the vocals and it is out on STMPD RCRDS.

Justin Mylo has shown time after time that he is a master of producing major tracks with electrifying drops. Having already released ‘Used To Be Better‘ with Jay Mason and ‘Find You‘ with Martin Garrix, 2022 is shaping out to be one of Mylo’s biggest years of his musical career. His latest song is another huge track that will have you captivated upon the first listen. The song’s catchy keyboard elements along with Clara Sofie’s rich vocals and of course Mylo’s signature sounds, ‘Falling Into You’ proves to be yet another huge banger perfect for any dancefloor. The song was first debuted live at Weekend 3 of Tomorrowland in Belgium where Justin Mylo played a B2B set with Pontifexx atop the STPMD RCRDS stage.

Justin Mylo has also been staying busy with his touring schedule this summer with stops all over the world. Besides performing at Tomorrowland this year, Mylo also performed at Ushuaia, Ibiza, WARP in Tokyo, Five Palm in Dubai and Escapade Music Festival in Ottawa, Canada. Coming up this weekend, he’ll be performing at OMNIA Nightclub and WET Republic in Las Vegas where he currently holds a residency with TAO Group.

Be sure to check out Mylo’s new song with Pontifexx and Clara Sofie called ‘Falling Into You’ below now!